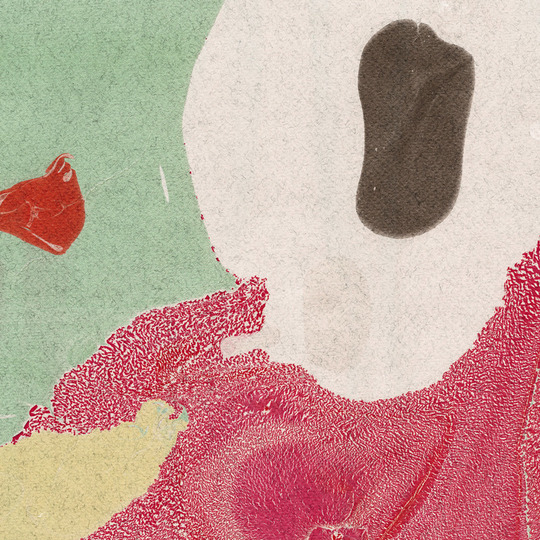 When you’re a kid, you assume that you’ll 'grow up' some point shortly after university. You’d have a house, disappear for eight hours to your job, talk to your adult friends for painstaking minutes about boring stuff that has nothing to do with playtime, and take care of all those money things like bills and taxes with magic scrawls of pen. Some folks land that lifestyle in a hurry; others wish they could; still others, particularly rock musicians and their fans, resist that ideal of adulthood as long as humanly possible. London miscreants Dog Chocolate seem lost somewhere between the last two options, as if thrust into adolescence at sixteen years of age – and rather than pretend to affect manliness on their debut Snack Fans, they choose instead to flail their arms madly and yell at each other. Which is only good for us, as the 25-minute food fight that follows is a total blast.

Every time Dog Chocolate come crashing in, they sound like they could self-combust. Robert Bidder and Andrew Kerr’s voices spiral into screeches and slurs; guitars whizz and whir and clash into each other; melodies brake to a dead stop. Even straightforward numbers like 'Everyday’s the End of the World' evokes the off-kilter punk of Swell Maps (though not even Nikki or Epic have tried to think about death, and subsequently scream as if falling into the abyss right then).

But the real charm, of course, lies in the guys’ stubborn naivety, to stumble on conundrums that resonate with other lost adults as they’re goofing around. The mega catchy 'I Don’t Know' is genius – Bidder asks a series of questions, some mundane (“Do you own a loyalty card?...chips or wedges?”), others philosophical (“how do you define consciousness?”…”where’s the other 95% of the universe hiding?”) and some that a person really ought to know (“when’s your mum’s birthday?...what have you done with your life?”). The uniform answer – “I don’t know! I don’t know!” - emphasises how utterly baffling adolescence can be. What with the sing-a-long chorus and splatters of synth, it’s easily the most fun you’ll ever have with existential angst.

Dog Chocolate throw other huge abstract concepts into their colourful rabble, as the hyperactive creativity of their drawings bleeds into their music. In the very Fall-esque 'Roundabout', Kerr takes in his childhood haunt and notes, “when I say a lot has changed / well, the air and space / they stay the same”. In the most brilliant 'Be A Bloody River', Bidder lists a series of ridiculous tasks – “I’m attempting to collect dust in a colander” – and adds “when you’re borrrrrrn, they try anointin’ you”, which in context also renders that hallowed ritual as ridiculous. The sinewy “Plastic Canoe” celebrates the unnatural strength of artificial material, and then mocks that enthusiasm as plastic litter floats around the plastic boat.

Of course, they’re also just plain silly. Behold Kerr’s one-minute, barely comprehensible rant of 'Con Air', broken abruptly by understated commentary; or the stream of consciousness bop of 'Wet Bandana' (apropos nothing, Kerr says once “by the way, where the hell did the band name Wet Wet Wet come from?”); or 'Jono Filling Bins', a manic tune about donating everything to charity where Kerr yells questions at drummer Jono Allen, and the whole song stops for his very muted reply. Dog Chocolate’s winning quirks include not just their kooky subjects, but also from the erratic ways they tiptoe, thrash, and collapse into themselves.

With so many absurd lines to shout at yr friends, more twisty turns than in a pile of spaghetti, and more bizarre charm than a hairless kitty (I’ve only met one hairless cat, and he was a sweetie), Dog Chocolate are so wrong that they have to be right. Maybe 'Some Kinda Summer' is not so inventive or memorable as the other songs it’s couched in; maybe 'Jono Filling Bin Bags' is a bit abrupt and not so obvious an ending. But if Snack Fans strikes a bad chord with you, then you’re likely one of those folks who think you’ve got adulthood all figured out. Yeah, go away, you killjoy.

The Shocking Fuzz of Your Electric Fur: The Drake Equation