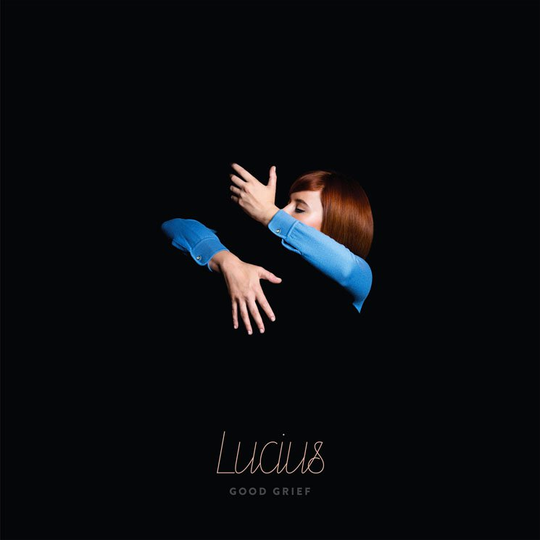 What’s not to like about pop music? It’s catchy. It sums the trials and tribulations of living either in or through a certain time. When it’s done right it can be the most life-affirming or heartbreaking thing you’ve ever heard. It’s great isn’t it? While I’m not a massive pop fan, I do love hearing something that invigorates me and makes me forget everything for three and a half minutes.

Lucius’ follow up to 2013’s Wildewoman is about as pop as it gets. Jess Wolfe and Holly Laessig duel vocal attacks show why their debut was praised as it was. They could easily front the band individually, but combined they sound great. The rest of Lucius deal with the music and backing tracks. Andrew Burri, Peter Lalish, and Dan Molad appear to be deft at most instruments and can tackle most of pop’s broad spectrum. The only problem is we’ve heard it all before, and at times slightly better.

'Madness' kicks everything off with sweeping strings that pull you this way and that, before a soaring chorus kicks in. It’s a good opening and is reminiscent of Emmy the Great’s 2015 single 'Swimming Pool'. Lucius haven’t blown their wad; nor is it the worst track on the album. 'Something About You' follows 'Madness'. It is more of a banger than its predecessor and the chorus is generally everything pop should be. It’s euphoric and fun, but the build-up feels trite and slightly forced. Things take a Nineties R&B turn with 'Almost Makes Me Wish for Rain'. The tempo is slow and the beats gently keep things moving along nicely, but again, it feels like we’ve been here before.

Despite the slightly upbeat nature of the music, the lyrics are melancholic and deal with the darker side of relationships. 'Gone Insane' typifies this: "I’m not the only one to blame" and "I can be the one who's gone insane” are sung with such emotion that you generally start to question Wolfe and Laessig’s mental well-being. 'Madness' is the story of a lurid nightmare that includes guns, brides and revenge – if Tarantino wanted a track for a 'Kill Bill 3', this could work well!

Lucius sounds like Róisín Murphy fronting Goldfrapp covering their favourite Northern Soul and R&B songs while Trevor Horn keeps control of the situation from behind the production desk. Sadly, however, this sentence is far more interesting than Good Grief. The songs flow by and are engaging enough, but as soon as they’ve finished you’ve totally forgotten them. It’s a shame that The Clothes Show isn’t on any more as Good Grief would soundtrack ever scene perfectly. The music is good, but the grief just isn't interesting.