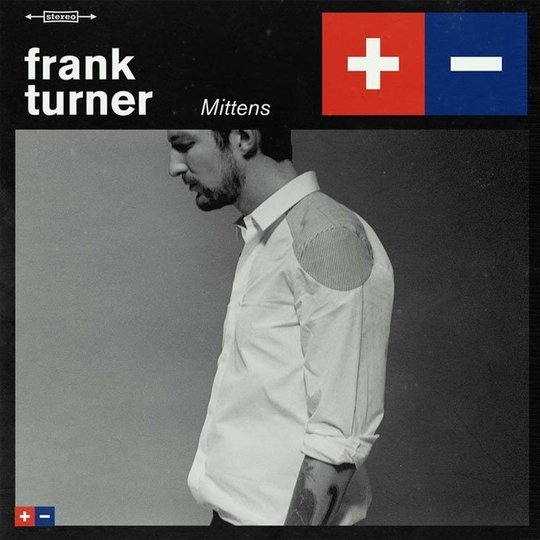 An EP release from Frank Turner now is a more exciting release than it would normally be. The reason for that is, for many, his last album Positive Songs for Negative People disappointed somewhat due to the quality of his previous output. While not inherently bad – far from it – it could be argued that it lacked the fire and edge that made earlier material stand out. Indeed, his thoughts in my interview that he was now a target due to his greater popularity didn’t quite ring true. It wasn’t just critics that reacted in lukewarm fashion, but many of his fans too.

So the Mittens EP presents a small chance at redemption. The extra tracks here are unreleased but came from the same sessions that yielded that most recent album. ‘Mittens’ is still what it is on the record and that’s a very strong track. The mix here is slightly different and feels a little bit meatier. It should come across stronger on any radio airplay but, truth be told, it was always a standout on the album and seeing it as a single comes as no surprise. Lyrically, it speaks of Turner being ignored by a girl and not quite coming to terms with. A chorus of "I once wrote you love songs, you never fell in love. We used to fit like mittens but never like gloves" covers things succinctly and sounds massive at the same time.

‘Least of All, Young Caroline’ is built like it could be one of his acoustic ballads but the arrangement and production takes it in a completely different direction. It actually comes across a little like ‘Plain Sailing Weather’ with a very fast transition between the verse and chorus with both sung relatively quickly. The arpeggios that flit over the bridge are certainly something new for Turner and add a nice dimension to the track. The theme is motivational but, lyrically, he’s done it much better in the past.

‘Little Aphrodite’ is a piano led ballad and a nice change of pace. It feels like Turner at his best, with tongue-twisting lyrics stretching awkwardly over the chords in a way that only he can achieve. If it had featured on the record you get the impression it could be the centrepiece of a live set, if he had that ambition for the track. As it is, it’s merely a very strong addition to his catalogue of tracks that he can pull out on a whim to surprise fans. An outro that sounds perfect for fan participation only further highlights that.

Next up is ‘Cleopatra in Brooklyn’ which again mostly ignores the acoustic punk roots of his music in favour of a steady rhythm and neatly distorted guitars. Crucially, this is the first track on the record that feels firmly like a b-side. Not awful, but it doesn’t really have anything to suggest it should have been on the album. A bridge of "you wait by the Brooklyn Bridge for your king to return" starts in a deeper tone than we’re accustomed to from Frank and stops the track from being entirely forgettable.

And finally, ‘The Armadillo’ closes the album as the first track that sounds like old school Turner. Whether that’s a good thing depends on each individual, but the storytelling style of the track sounds like something from England Keep My Bones and it utterly forgoes a serious tone to rhyme armadillo, pillow and willow. As such, it’s the most fun track despite being the most subdued.

‘Mittens’ remains one of the best songs from Positive Songs…. Building this mini collection around that track makes sense. ‘Little Aphrodite’ in particular stands out as a track that could be raised above the slot it has been allocated and Turner is still capable of absolute gems in his back catalogue. Here’s hoping the next full length effort is a return to form for him.