Either That Or The Moon 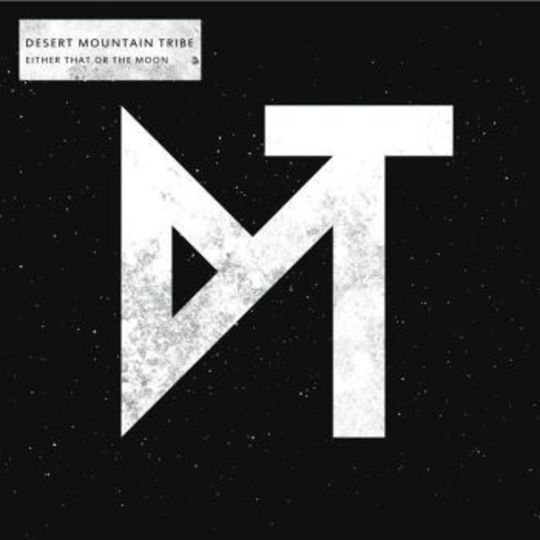 'Ambition' is a dirty word when it comes to music. A word that's seemingly used as an accusation rather than laudatory praise where musicians and artists are concerned. Yet why is that the case? What's so bad about striving to achieve something? Striving to be better. Progression. Development. Enrichment. It's not necessarily about drawing up a five-year business plan acting as a career blueprint (Alright, so that may have worked for Coldplay but hey ho...). But surely when a band has ideas far beyond the realms many of their peers could possibly imagine that's no bad thing. And shouldn't be dismissed as such either. And while we're on the subject of unnecessary and often used phrases, one that really irks more than most is 'It's all been done before.' What has? This band? This record? This time? Of course it hasn't. And if one is referring to a particular style of music or song structure surely it shouldn't matter whether someone else had a go way back when but whether or not this latest attempt is better? Would you dismiss those scrambled eggs you devoured for breakfast because the chicken down the road laid a dozen this time last year? Exactly. So let's just concentrate on the positives. And more importantly, those that relate to the here and now.

So what relevance does the above have to the subject of this article? Well for starters, Desert Mountain Tribe have been glorified and vilified for all the above at various times during their short, four-year existence.

This cosmopolitan trio - singer and guitarist Jonty Balls hails from South London while rhythm section Felix and Philipp Jaun (bass and drums respectively) hail from Cologne. Having initially played together as part of Black Angels influenced five-piece Young Men Dead, the three broke away to form their own band in 2012 and while it's been an arduous process at times to get from where they were then to the intense juggernaut of sound that stands before us today, it's also been a very rewarding one. Debut single 'Take A Ride' came out as a cassette only the following October on the Sonic Playground label and while there's been a steady trickle of releases since, momentum has clearly been gathering pace for the arrival of their first long player.

Here in all its full glory. Either That Or The Moon has been well worth the wait. Recorded directly to tape last year and mastered by The Black Angels' sound engineer Brett Orrison, it captures the ferocity and intensity of their live show while highlighting their audacious nature. Indeed, anyone that's caught Desert Mountain Tribe live over the past couple of years will already be familiar with a large proportion of Either That Or The Moon's nine pieces (eleven with the digital download). Nevertheless, that doesn't make the album any less captivating and ultimately breathtaking as a result.

Heartily embraced by the nouveau psych rock scene, Desert Mountain Tribe's intentions clearly far beyond any niche market they've found themselves associated with in the past. "I feel like I'm on top of the world" sings Balls on the melodic, Pretty Things sounding 'Enos In Space', perhaps the only song to ever be written about the second chimpanzee to be launched into space back in 1961. Crisp, taut and straight to the point, there's a distinctive poise about every one of the songs here that suggests its creators have no room for time wasters or filler. Every single one of Either That Or The Moon's pieces sounds as if it was created to be heard in stadiums as big as aircraft hangars. Take sensational closer 'Interstellar' for instance, a song so grandiose and heartfelt it could stop traffic. At just over nine minutes in total, it doesn't sell itself short. Yet at the same time, never outstays its welcome either. Similar in structure to both Chris Isaak's 'Wicked Game' and 'Blush' by Wolf Alice, it's one of the most infectious pieces of music these ears have heard in years. That it closes Either That Or The Moon is fitting, because after 'Interstellar''s ingenious pomp, anything else would feel insignificant and hollow.

Beforehand, the gargantuan 'Feel the Light' opens proceedings in similarly prophetic style, its mid-song lift off into orbit sat somewhere between the opulent bombast of U2 and Dead Skeletons sturdy psychedelic voyages. Former singles 'Runway' and the re-recorded 'Take A Ride' provide timely reminders of Desert Mountain Tribe's immediacy when constructing catchy, driving rock anthems, while Balls' vocal on slow building sledgehammer 'Heaven And Hell' bears all the hallmarks of a modern day Jim Morrison. Gloomy mantra 'Way Down' and reflective penultimate number 'OC Dream' are a little less buoyant than the rest of the record but no less important to Either That Or The Moon as a whole. While comparisons to The Black Angels can be made with the former, the latter's sombre eloquence has more in common with fellow purveyors of pensive reverb heavy anthems The Boxer Rebellion.

So it goes without saying that Desert Mountain Tribe have crafted one of 2016's finest debuts in Either That Or The Moon. In fact, why stop at the moon? The galaxy is theirs for the taking and on this evidence, only a fool would bet against them succeeding.