No More Lamps in the Morning 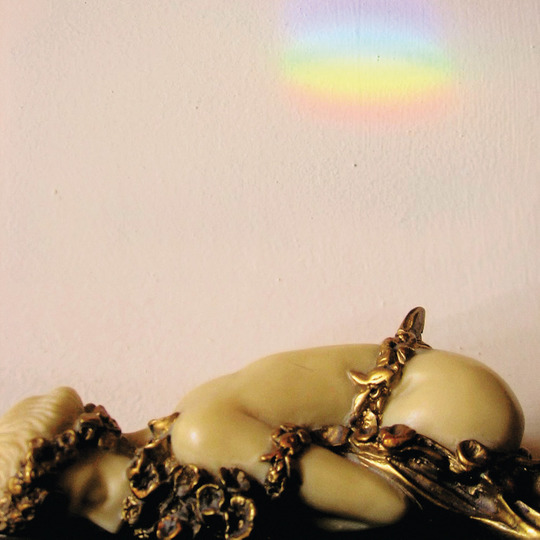 Josephine Foster's latest album No More Lamps in the Morning is billed as 'stripped down', which is saying something considering the word 'sparse' might best describe her past work. It's true that 2012's Blood Rushing used a small group of American and Spanish folk guitarists, and 2013's I'm A Dreamer depended heavily on just guitar, piano and double bass for its early jazz and blues feel – but both featured these instruments more fully than her latest release.

This sparing accompaniment is part of what makes No More Lamps In The Morning so dramatic – it grabs you from the first note. Foster's vocal has always been admired and noted for its soft, unpredictable quality, the way it slides from note to note, octave to octave, almost unsure itself what might happen next. The charm of this album, with its simple Portuguese guitar and cello ensemble, is the sense that Foster could believably have appeared out of nowhere and started singing on top of whatever the band happened to be playing. It is remarkably free and unworried by deadlines, time signatures, sometimes key signatures. And at the same time it's not directionless.

Its songs are not new. Three of the seven tracks – 'A Thimbleful Of Milk', 'The Garden of Earthly Delights' and 'Second Sight' – are from her 2008 Album This Coming Gladness, 'Magenta' and 'Blue Roses' are from I'm A Dreamer, and title track 'No More Lamps In The Morning' from Born Heller released back in 2004. The lyrics for 'Blue Roses' are taken from Rudyard Kipling, and the only other song on the album, 'My Dove, My Beautiful One' borrows its words from James Joyce.

As a piece of work, then, it looks a little disjointed on paper, but all of the tracks are imagined or reimagined with this bare, skeletal accompaniment that typifies the record. As a whole, it works. If it's not setting poetry Foster loves to music for the first time, it's setting her own poetry to music for the second time – and despite its open, uninhibited style, you do feel there's a method and reason to the chosen tracks. So they should be enjoyed as they are, as a new creation.

The album bubbles and whispers along. You can listen to every word and every inflection or you can let it carry you – Foster's casual vocal style holds true for the lyrics, so each phrase is a shape as much as it's a fully formed, structured section. 'My Dove, My Beautiful One' has a plodding – or perhaps that should be tip-toeing – rhythm, while 'The Garden of Earthly Delights' is a maze of expressive classic guitar and tumbling soprano lines. 'Second Sight' is beautiful and feels more like an aria than a folk song – Gyða Valtýsdóttir's cello line gives it sombre weight, while Victor Herroro's Portuguese guitar lifts it in moments when it might have otherwise felt too heavy. 'Magenta' is as beautiful at it was the first time round, although a little more psychedelic. At seven minutes, it's the perfect way to round off the record – heady, shifting, mysterious and beautiful.