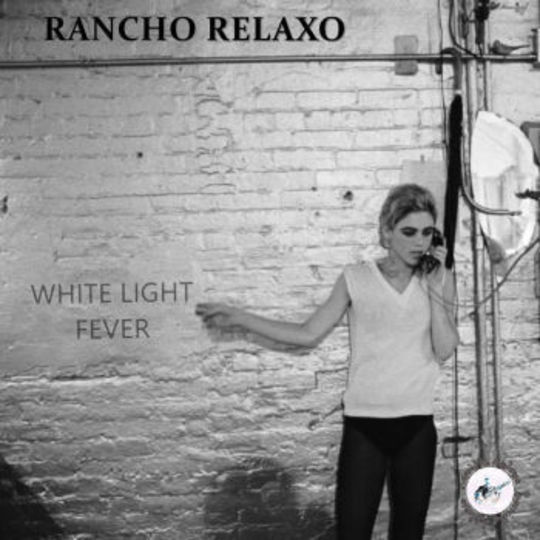 It's highly unlikely you'll have heard of Rancho Relaxo. However, new kids on the block they most definitely aren't. Hailing from Fræna in the county of Møre og Romsdal which sits in the northern part of western Norway, their story dates back as far as 2003 when guitarist Inge Kjetil Sandvik Malmedal bought a Seventies Crumar organ and asked his friend Martin Schram to play it. Inspired by the likes of Spacemen 3 and Sonic Youth, their adventures in drone and repetition soon brought them to the attention of like-minded souls, and drummer Khalil Olsen was recruited forthwith. Schram then switched from organ to bass while Malmedal's younger brother Ole Kristian was drafted in on rhythm guitar. With the line-up complete, the band moved into a derelict, abandoned house together which they've called home for the best part of a decade. Since then, seven full length albums have followed which brings us back to the present.

The most recent of those, White Light Fever, initially saw the light of day in the summer of 2015. Released through their own Bandcamp page, it turned a few heads after being picked up by numerous blogs, one of those in the shape of recently-founded independent label Wrong Way Records lynchpin Alistair Boyd set about giving the album a proper release on vinyl and all. So here we are, a full seven months later, incongruously scratching our heads wondering how we missed out on such an exciting bunch of sonic explorers in the first place.

From the outset, White Light Fever makes its intentions clear. This is psychedelic rock at its most pertinent. Bathed in mystical charm and opulent deity, 'Strange Vibrations' takes its cue from those early Spacemen 3 meanderings that made The Sound Of Confusion one of the most beguiling and ultimately endearing records of the Eighties. Malmedal senior's vocals deceptively low in the mix, it takes the form of a slow burner but one that intensifies with every passing beat.

What's most comforting is that rather than slip into safe mode, White Light Fever changes direction at every juncture. So when the hypnotic tones of 'Who Married Jane Fonda?' evoke The Jesus & Mary Chain in their most evocative phase, or 'Stars' mellow jangle recalls Thunderclap Newman's 'Something in the Air' given a reverb-drenched makeover, it's clear Rancho Relaxo aren't ones for resting on their laurels. 'Who Says' keeps it simple, revolving around a two-chord melody while Malmedal's conversational lyrics between first and second person ("She said, you're dead, she said/I said, you wish, I said") bears similarities to The Warlocks at their most incisive.

And so it continues through a haze of genteel folk ('What You Want', 'It's All A Dream'), resurgent space rock ('Dead Space'), inquisitive dreampop ('If You Want To') and even a homage to The Cramps in the shape of penultimate number 'Now Its Dark', which takes the aforementioned's 'Goo Goo Muck' on a louche excursion into the psychedelic wilderness.

Better still is 'I'm Crying', which manages to encapsulate at least three separate genres into one song. Opening with an organ solo reminiscent of Yeah Yeah Yeahs 'Heads Will Roll', the onslaught of thrashing drums pulling it swiftly through the decades as Sixties rhythms collide impetuously with the current sounds of the day, the kind that devotees of the new psych brigade would lap up in an instant. Then there's the explosive couplet that's 'Clean Eyes' and 'Desert Talk'. While the latter takes the form of a melodic dream in thrall to the elegant soundscapes weaved by messrs Pierce, Kember and Reid three decades ago, the former has the feel of a lullaby set to Band Of Horses 'Funeral' that's made all the more poignant by Malmedal senior's declaration "It makes me sick!" at the song's midpoint.

While instrumental closer 'White Light' perhaps deems White Light Fever one track too many, there's little else to be despondent about. And what's more, once you've devoured this, you'll be only too eager to check out the rest of Rancho Relaxo's extensive back catalogue.