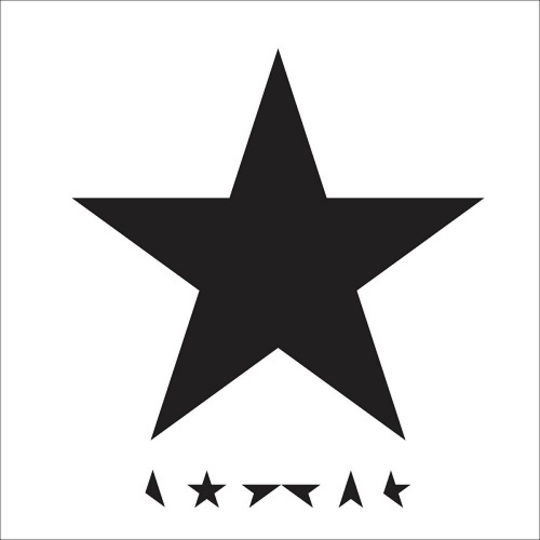 A fact that will eternally tickle me about David Bowie is that the 56-date first UK leg of the Ziggy Stardust tour – right before he went off to America, where he played prestige venues and was presented as a massive British star – took in tiny dates in such exotic locales as Dunstable, Sutton Coldfield and not one but two Aylesbury shows, before winding up at something called the Top Rank Suite in Hanley, Staffordshire. He was not afraid to put the graft in: David Bowie knows the value of making himself available.

But he also knows the value of making himself scarce: his surprise 2013 comeback album, The Next Day, came after a retreat from the public eye so successful that everyone with any interest in the man either assumed he was at death's door or had been made to sign a non-disclosure agreement promising not to blab that he wasn't at death's door. A stunned public and media freaked out when comeback single ‘Where Are We Now?’ emerged from nowhere, propelling the song into the top ten and The Next Day to the summit of the charts. And for the first time in his life Bowie refused to communicate with the press or public at large, letting other people’s excitement do the heavy lifting: there were expensive videos and archly self-referential artwork to be pored over, but no interviews and not a peep of a live show (this may mean, incidentally, that his live swan song will have been a guest appearance at an Alicia Keys concert in 2006 – a splash anticlimactic, though a ways away from Hanley).

The album got good reviews, and everyone was kind of cool with the fact that the newly enigmatic Bowie was essentially producing the same sort of slightly left-of-centre indie rock that he’d been making before his retirement: The Next Day can kind be seen as the final part of a trilogy that started with 2002’s Heathen and 2003’s Reality (both fine records, by-the-by).

It’s not really a trick you can pull off twice, though, or at least not two years after the last time you did it. The interesting thing about Bowie’s twenty-eighth album Blackstar is that while he’s still refusing to communicate directly, the quality of his silence is very different. It’s a busy silence, from a man who knows that this time he needs to be a bit more available and his music needs to be a bit more enigmatic. Not long after The Next Day came compilation album Nothing Has Changed which came accompanied by the single ‘Sue (Or A Season in Crime)’ and its b-side ’Tis Pity She Was A Whore’, both of which appear here in re-recorded form. The magnificent, ten-minute, eerie jazz epic title song 'Blackstar' came next, accompanied by the sort of lavishly cinematic promo video scarcely made by anyone since the late Nineties. And though there have still been no interviews or live shows, the man next put out a frickin' Broadway musical, Lazarus, in which another Blackstar cut – the gorgeous title song ‘Lazarus’ – received its first airing.

Bowie isn't playing the I AM DAVID BOWIE, MORTALS scarcity card: this time he's letting the music do the talking. And goddammit he’s absolutely pulled it off with his best and most interesting record since Outside.

There has been much talk of Blackstar being a jazz record, and it’s not an entirely inaccurate statement, but it’s worth noting that sax, beats and long songs are not new things for Bowie. What is different is the musicians – a jazz quartet led by saxophonist Donny McCaslin – and the intent. What we have here is atmospheric, eerie, jazz-tinted prog, cradled in the sort of skittering electronic beats that have dropped in and out of his repertoire since Earthling. It sounds like a recipe for total fucking disaster, but in fact it’s wonderful: rock’n’roll has largely been purged, and the resultant musical canvases are melancholic, atmospheric, crepuscular affairs that set Bowie free from the banalities that creep into his pop and unleashes his inner dramatist for the first time in an age – his lyrics and vocals are oblique and otherworldly, freed from the shackles of indie rock.

The song ‘Blackstar’ itself is a simply remarkable piece of work, more so when considered separately from that distracting video. “In the centre of it all, in the centre of it all… your eyes” he half mutters, half whimpers over nervy percussion and marauding squalls of sax, building and transfiguring into sinister, skeletal funk shot through with self-lacerating black humour. It is beautiful, unnerving music, never confrontational, but impossible to second guess, dripping with velvety darkness (deepened by the suggestion from bandmates – plausible – that it’s about the rise of Isis). The rerecorded ‘Sue’ and ‘…Whore’ are both enhanced by slicker, more digestible makeovers that retain their obliqueness but ditch the slightly try-hard Scott Walker-isms of their 2014 incarnations. It brings them more into line with the rest of the record, not least the gorgeous ‘Lazarus’, a comparatively conventional ballad given great weight by Blackstar’s musical palette: huge throbbing sighs of sax and roars of noise, allowed to spiral and growl over seven expansive minutes.

The album would be just tickety boo – and of respectable length – if it ended right there. The last three songs feel like a nice coda: markedly more conventional that what came before if you scrape away the sonic razzle-dazzle, but the razzle-dazzle is there and they possess a poise and drama that The Next Day might have struggled for. ‘Girl Loves Me’ is an aqueous, off-key dirge based around a naggingly hoarse refrain of “where the fuck did Monday go?”, Bowie’s baffled rage twisting a banal phrase into something much more sinister and skin-tingling. And the closing ‘I Can’t Give Everything Away’ features what sounds like a snatch of ‘A New Career in a New Town’ off Low – rather than being archly self-referential it feels like a warm, kindly note on which to leave things.

I’d love to see David Bowie tour again; I’d love to read an interview with him. And maybe I will. But Blackstar sees him and his band nail a haunting mood – talking would probably spoil it.