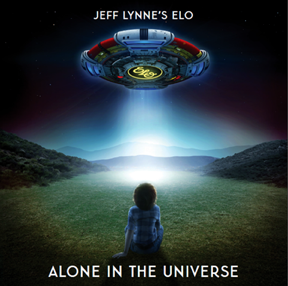 Known as one of the most iconic forces in music history, Jeff Lynne's ELO delivers a new album his first new ELO music in 15 years. Entitled 'Alone In The Universe', the album is released by RCA. As with ELO's previous chart-topping albums, Jeff Lynne continues to serve as ELO's producer, songwriter, arranger, lead singer and guitarist. Jeff Lynne is a total master of his craft and 'Alone In The Universe' is pure pop perfection.
description from www.roughtrade.com