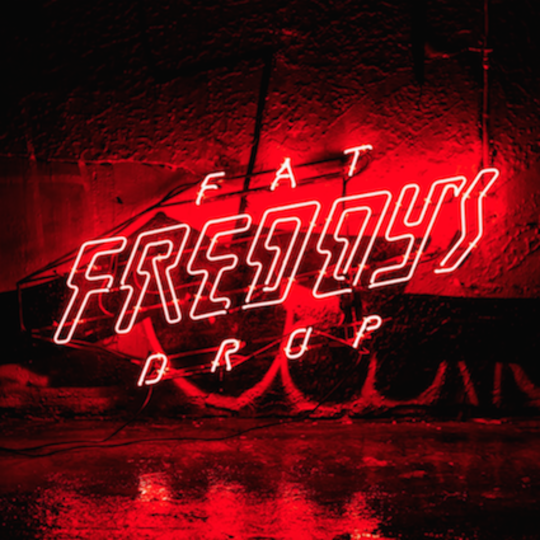 Fat Freddy’s Drop are a huge deal in their native New Zealand (and, arguably, neighbouring Australia), and they’re slated to play the 5,000-capacity Brixton Academy in London over two nights in March, both of which will most likely sell out. They’ve also previously headlined the 10,000-capacity Alexandra Palace, and sold 200,000 copies worldwide of their last record, Blackbird, on their own label - but why do they still come across as something of an unknown quantity?

For those not in the know, here’s a quick cheat sheet: currently celebrating their sixteenth year of existence, the Wellington septet are generally known for their entrancingly soulful style that primarily incorporates elements of dub and reggae – and, as exhibited on Bays, techno. And despite this being only album number four, they’ve managed to build up a formidable live reputation that fills the size of the venues that they’re so often booked to play in by so often bringing a big sound: big bass, big beats, big band.

But if you’re already quite familiar with FFD’s genre-splicing and casual beat-dropping, then you’ll likely find a lot to love in Bays. Staying mostly true to that dub/reggae ethos, the New Zealanders have managed to suppress any urges to branch out with phoned-in collaborations with guest vocalists (although Food-era Kelis would certainly fit the bill) or mess around too much with the agreed formula. Beginning with ‘Wairunga Blues’, a swinging opener that does enough to pique your interest through its slow-burning and alluring groove, it’s not until the following track ‘Slings and Arrows’ that the album really bursts into life: a quickfire drum fill gives way to an uplifting horn section that’ll no doubt whip audiences worldwide into a mass skank-off.

The techno style of ‘Razor’ is probably the biggest change of pace on the record in terms of the band’s sound – presenting the listener with an unrelenting and rather intimidating beat that insists and insists throughout its eight-minute duration, it’s the mark of producer John Faiumu daring to push the band’s sound to unfamiliar territories. And, as such, it’s a little discomforting – following track ‘Makkan’s chilled, shuffling style is a welcome antidote to the strange and unusual trip that the previous song takes you on; a sensation that’s returned to when the similarly techno-focused ‘Cortina Motors’ kicks into life towards the end of the album.

The centrepiece of this intriguing record, however, is ‘Fish in the Sea’. The second longest track here, Joe Dukie’s Dr. Seuss-leaning lyrics about life’s struggles (“my wife needs a wish from the magic fish”) are enough of a draw to permit his band’s instrumentation to gradually build unnoticed around it, and, whilst it doesn’t explode into any kind of epic crescendo, it’s still the most delightful, smile-inducing moment on the record. You get the feeling that, when performed live, this and many of the songs on Bays could go anywhere – they all serve as a blueprint for the live arena, where FFD really do excel in letting their songs come into their own. Go grab a ticket for one of their Brixton shows and see for yourself.

I Am A Problem: Mind in Pieces