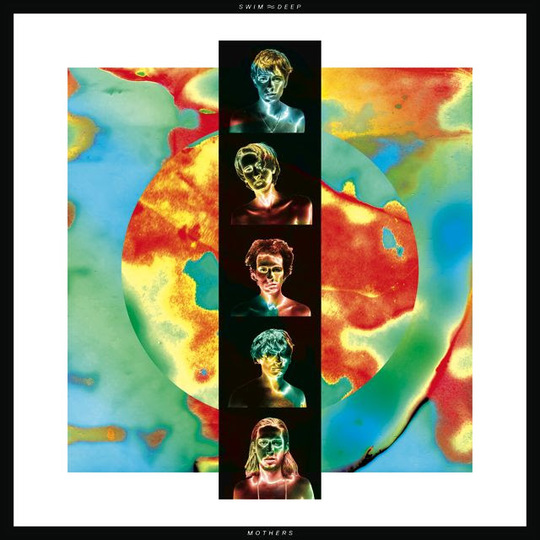 In the press notes for Mothers, the second album from Swim Deep, it is interesting to note the works the band invite comparisons to. The two main comparisons are Screamadelica by Primal Scream and The Horrors’ Primary Colours. Whilst there might be a common musical link between these records and the sound that Swim Deep are trying to emulate, there’s another common thread - they are landmark releases by groups who didn’t quite get it right on their first attempt. Whether this implies that the band regard Where The Heaven Are We in the same way as Strange House and Sonic Flower Groove in unclear (although it would be a shame if it was - it would be wrong to completely dismiss an album which contained gems like ‘King City’ and ‘The Sea’), it does seem suggest that they regard Mothers as a completely separate beast to their debut.

And in many ways, it is, for it is very clear that this is a very different band to the one that gave us WTHAW, both in terms of members (multi-instrumentalist James Balmont has been added to the line-up) and in terms of sound, with the early-Nineties indie that marked their debut largely displaced in favour of a much broader palette of sounds. The album opens with a song that the band seem to want to be prophetic, ‘One Great Song And I Could Change The World’, which with its less guitar oriented and more electronic, Royksopp-y sound, sets the mood for the rest of the album. This is followed by ‘To My Brother’, which with its baggy underpinning is one of the few songs here you could imagine being on their debut, squelchy acid-house bassline aside.

For the most part, the tone of Mothers is quite subdued, with many of the songs sacrificing in-your-face hooks, with more mood-inflected, atmospherically enveloping songs instead. In some places this works incredibly well, ‘Is There Anybody Out There’ is undoubtedly the highlight of the album, whilst the acoustic-into-electronic vibes ‘Green Conduit’ are irresistible, in spite of the fact that a) it sounds like it’s a first-take demo, and b) bears an unsettling similarity to The Commodores’ ‘Easy’. However, some of these songs end up falling flat when it appears that they’re being too indebted to their influences - ‘Heavenly Moment’ and ‘Forever Spaceman’ appear to be their own pastiches of Primal Scream’s ‘Inner Flight’ and ‘Higher Than The Sun’ respectively, and as such fail to stand up on their own.

As far as straight up pop songs a la ‘King City’ are concerned, Swim Deep only really have the one on offer this time around, ‘Namaste’. With its discordantly chirpy synth stabs and its Motown-esque verses, it comes off like a cross between the Spice Girls’ 'Stop' and the theme tune to every single wonderful terrible game show aired on Channel 5 in the Nineties. Depending on my mood, it either comes off as either endearingly cute or just plain annoying. They close proceedings with the most ambitious track on the album, ‘Fueiho Boogie’, which appears to be an attack on Japan’s stringent anti-dancing laws, which travels the sound spectrum, sounding like Gay Dad at the start and finishing with The Prodigy-esque breakbeats, with a little bit of Air thrown in for good measure.

Mothers is an album that sees Swim Deep maturing as a band and growing into themselves, a more fully formed record which should firmly remove them from the B-Town bubble that first helped them to make an impact. It is strong enough to see them develop a sound that is more a reflection of themselves, but not strong enough to fully divest themselves away from their influences, nor is it strong enough for them to fully distance themselves from their debut album for good. Mothers is a good, enjoyable album. It isn’t the classic album that Swim Deep have been aiming for, but it feels like they’re tantalisingly close to reaching it come album #3.