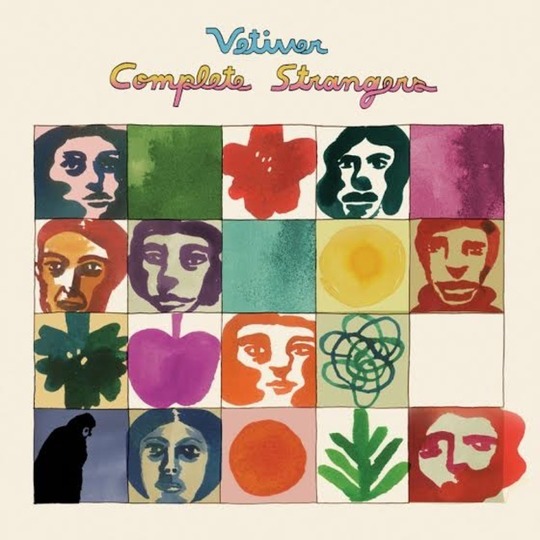 Earnestness it a tough trick to pull off in 2015, when listeners seem to prefer artists who remain gleefully uncommitted to any particular worldview. If you do intend to convey something earnest, the preferred method of production seems—hmm—washy. You know, where the lyrics are kind of hard to decipher, and occasionally one pokes its head through and gives you something true enough to hang onto. Like, uh, “You got the world to want you/Baby, that’s hard to do.”

The literature on Vetiver tells a story of a band confused. I hear tell of their proximity to the mid-Noughties San Franciscan freak-folk outburst, of ensuing cover albums, and of frontman Andy Cabric joined and left by an ever-shifting band personnel. So, when you hear, “You got the world to want you/Baby, that’s hard to do,” you read into it a level of bitterness, like, 'If this hadn’t gone this way, and if that had just gone that way, it’s you that’d be saying this about me.' The lyric is from 'Loose Ends', which, for my money, is among the more committed songs on the record.

When you can’t hear what the narrator’s ostensibly trying to convey, you get a sneakily sparse sonic palette, with plenty of barely perceptible, solidly interesting moves. If you listen to sixth album Complete Strangers as background music (which you may well find yourself doing), you’ll hear a pretty monotone, fairly groovy mix. If you listen close, you’ll get a sense of the variety. I’ll call your attention specifically to the verse progression on 'Backwards Slowly', 'Loose Ends's pre-chorus twang, and the kick-and-snare-bolstered build of 'Edgar.'It’s deceptively minimalistic, which is a cool trick.

This an album that spans the various moods of Vetiver. There’s bitterness, declarations of progress, recurrent hope, and good old melancholia. Unfortunately, I wouldn’t call it an especially strong mood survey. The lyrics ring true enough, but not forcefully enough to really resonate with any depth. It takes itself seriously, and in spots, it has a message to deliver. But it’s also very inoffensive, which means it lets your attention wander in or not. I think Cabric is concerned about becoming irrelevant, and has made a conservative record in response. Me, I like to be taken by the collar and told that this is the music I should be listening to. It could well be the length and tumult of Cabric’s career, but it seems he’s worried that if he grabbed your collar he’d crease or grease it up, and then you might ask him to pay to get it cleaned.