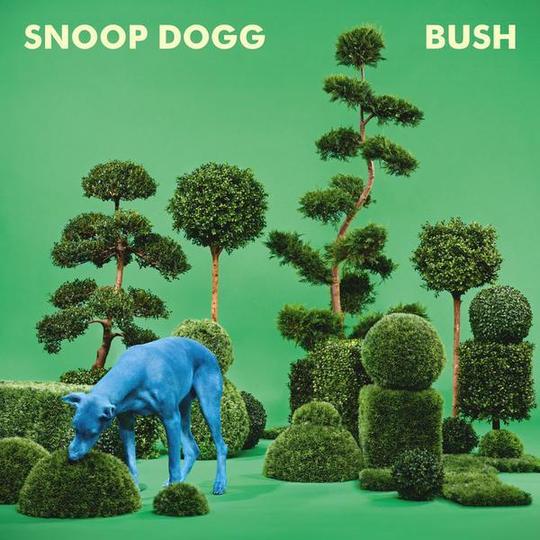 Snoop Dogg confused a lot of people back in 2013 when he transformed from Dogg to Lion for his reggae album Reincarnated. Admittedly, the guy smokes a lot of pot. By his own admission, he smokes over 80 blunts a day – enough to comatose a stampeding rhino, or perhaps a large segment of Reading Festival’s post-GCSE audience for a week or two. However, Rastafarians argued that this wasn’t really a good enough reason to start calling yourself the reincarnation of Bob Marley. It whiffed of that cringe-worthy attitude that because you smoke pot, you have a connection to Rastafarian culture. As Jamaica Observer journalist Barbara Gloudon commented, 'It takes more than a costume to make a Lion in Zion.' With that identity (or mid-life) crisis out of the way, Snoop has decided to reclaim his Dogg roots for the first time since 2011’s Doggunmentary and stop all this nonsense.

Even without the unconvincing and potentially insulting reincarnation shambles of two years ago, Snoop’s music has been diluting for a long time. It seems that with every inevitable comedy cameo and MoneySupermarket advert, music becomes an afterthought. Something that will sell, but isn’t a priority. That doesn’t mean to take anything away from his blistering work ethic as a musician and mogul, but if I’m going to be totally honest, I haven’t truly enjoyed a Snoop record since R&G, or The Blue Carpet Treatment at a push. Nothing game-changing has rolled out of the factory in a long time. Yes, Reincarnated did offer something new, but the transformation was about as convincing as Ross Kemp in drag.


Bush sees Snoop step firmly back into his comfort zone; working in the studio with long-standing collaborator Pharrell Williams and producing material which gravitates around his staple of hip hop and pop. Sonically, Bush dabbles with funk; a solo extension of his 2013 collaboration album with Dâm-Funk – 7 Days of Funk. Seventies throwbacks and popping contemporary production dovetail to create a typically Snoop atmosphere; languid, contagious and pimping as fuck. Imagine Jeff Bridges boogying in between disc battles at the Tron City Oceana. This is what he’d be listening to. Snoop has a clever way of adapting his music to popular trends, fitting his style around whatever is emerging and Bush is no different. Here he has adapted what is essentially the same content as everything he has ever done, but has fit it to the glimmerings of a funk rebirth which are going on at the moment.

This latest reimage is vastly more successful than his last solo attempt, but there is still something lacklustre. The collaborations are on point; Stevie Wonder, Gwen Stefani, Charlie Wilson and Kendrick Lamar to name a few and the production is airtight, but there is still a growing sense that Snoop may be running out of ideas. The record is intensly listenable, but for all the new funk packaging we have still heard this many, many times before. A particular low point comes in ‘R U A Freak’ which utilises some smooth, auto-tune augmented vocals from Snoop but some seriously flat lyrical dexterity. In the chorus he sings “R U a freak, or what? I’m just a squirrel trying to get a nut”. ‘Peaches N Cream’, on which Charlie Wilson features and ‘I’m Ya Dogg’ (Kendrick Lamar and Rick Ross) do offer some real highlights, but for the most part, Bush is another re-hashed and tweaked Snoop album. It is expanding into new territory, but delivering the same result.