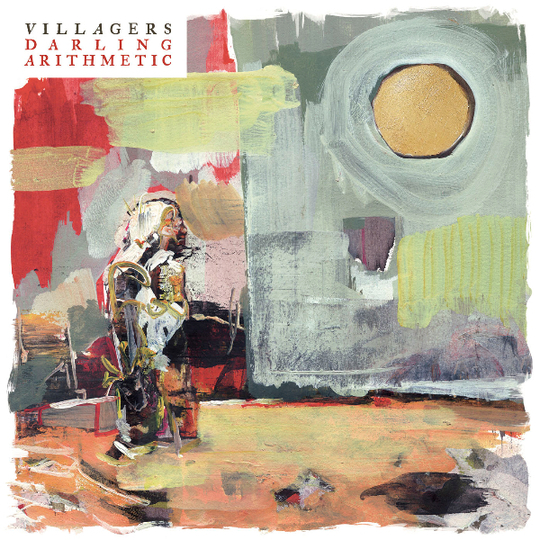 When you weigh it up, you really shouldn't get away with a line like "See there's a mystery in your eyes; a kind of swimming pool for swimming fools like me…"". Conor O'Brien, sequestered away in solitary confines, not only deftly dodges the pratfall, he laces the surrounding area with knowing heart. As chieftain of Villagers, the Dublin native has been infusing his work with raw empathy ever since he cut his teeth in The Immediate. Though that outfit would splinter and crumble shortly after releasing their first album leaving untold promise behind, O'Brien stood tall and found his voice with 2010's Becoming a Jackal, itself announcing an artist of delicate craft and defined communication.

Where its successor {Awayland} doubled down on experimentation, collaboration, hyper-creativity and the evoking of baroque landscapes, Darling Artihmetic is significantly quieter and entirely introspective. Inadvertent, almost, given its apparent status as 'the accidental Villagers album'. Returning to roots and equipment - all songs were recorded and mixed on a 16-track recorder purchased at age 19 - O'Brien effectively gives his band a holiday for album number three and adopts a pensive DIY approach, turning individual demos into full-fledged personal statements.

It begins in something of a haze, the faint sound of a switch - the belt of a snare? the lock on a door? - signalling intimate minutes ahead. O'Brien meets this idea in earnest, immediately spilling his guts in plaintive fashion as 'Courage' opens up.

Analogies and metaphors are in short supply throughout Darling Arithmetic, at least where the man behind the words is concerned. "Do you really want to know about these lines on my face?" he later enquires, before pressing ahead and crediting them with "all the mistakes I've had to make" in order to find the meaning behind the title of this opening missive. Talk of ego, sweet relief and paying whatever toll consequences demand of us swell with the soundtrack but you're never out of O'Brien's direct earshot, never afforded the opportunity to shy away from his confessions. And yet this is no maudlin indulgence, nor gloomy stroll through difficult trenches.

The connections are strong, too. 'Every Thing I Am Is Yours' snaps perfectly into place, everything that little bit - but, crucially, just that little bit - more buoyant, the playing field opening up now, the light hitting key expanses. Alone in his loft, O'Brien shines light on issues private and public, contentious and chaotic. 'Hot Scary Summer', in particular, hits close to home. "Remember kissing on the cobblestone in the heat of the night?", he recalls along to one of the record's more inviting guitar lines. "And all the pretty young homophobes looking out for a fight".

As O'Brien himself has noted, 'man is gay' isn't a news story in 2015, or at least it certainly shouldn't be. Alas, in his native land, it unfortunately kind of is, especially given an upcoming, should-be-a-formality-you'd-hope referendum on same-sex marriage. The reality is that we do indeed live in a developed world that is scarily behind on human development. "We got good at pretending, then pretending got us good / We've always been up against it, but now it's sad to see we're up against each other in this hot scary summer", notes O'Brien ruefully. There is victory found among the mire, however, as he takes control in a most elegant manner.

Darling Arithmetic is rarely anything but elegant. There are a multitude of splendid noises across its focused path but never anything approaching a scream. It might warrant such an outburst on something like 'Little Bigot', but instead O'Brien addresses hatred in a near-playful way, tackling the darker corners of humanity with a jaunty tone and a clear head. Clarity prevails in this stripped-down session, whether it's the the soulful stretch of 'The Soul Serene', that most wistful swimming pool found within 'No One To Blame' or how closer 'So Naïve' fades away without ceremony, the switch simply hit one more time as Conor O'Brien exits sans farewell.

He gets away with it, of course.