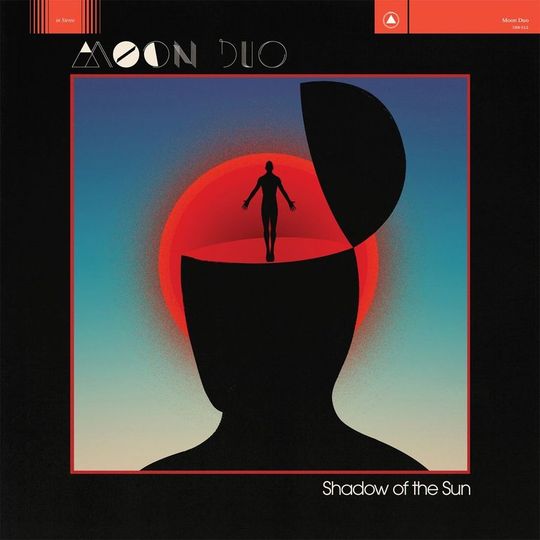 “The day will come when people won’t listen just because they’re a fan of my other band, so it’s up to us to keep working on writing new songs and if people like it that’s great.”

At the advent of his third full-length – particularly one as an accomplished, compelling a listen as Shadow of the Sun – it feels as though that day has come. Whether he meant it as such or not, Ripley Johnson’s laidback spot of crystal-ball gazing in 2013 has proved a manifesto of sorts for the band’s movements ever since. As part of both Moon Duo and Wooden Shjips, Johnson has been there since the beginning of the wave of psych-rock, the latest tide of which being headlined (on these shores at least) by the sublime Hookworms and the ridiculous Temples. Since 2009’s Killing Time EP the band have been doing just the opposite, tirelessly bobbing along on the tour circuit, forging their identity and adding to their palette over the course of Mazes, Circles and last year’s formative Live in Ravenna.

What the latter release in particular has proved is that they’re now poised to firmly make their mark, the principal warning shot of which is the opportunity to exploit their metamorphosis from a Moon Duo to a Moon Duo +1, via the addition of a real live proper man with sticks in hands named John Jeffrey. Though the beats remain pneumatically automaton in feel, the fact that the sweat and graft that imbues these songs is now three-fold is undeniably noticeable, and the band’s impact on-record is amplified all the more for it. Case in point: the aforementioned sticks must presumably be duct-taped to Jeffrey’s hands for extra resilience on ‘Animal’ such is the force with which the band pound. Balance against this is the sense of organic, transportive looseness on the drowsy ‘In A Cloud’, and the unexpected intersection amidst the relentless sheet of towering synth and kick drum thump of ‘Ice’, of the warm, elevating and slightly uneven rattle of toms two-thirds of the way through.

What this addition all pools towards though is the album’s greatest strength, one ultimately borne from the existing synchronicity of the tightly woven unity of Ripley Johnson and Sanae Yamada. Six years in the making is the confidence to truly play with their sound and, perhaps more tellingly given that earlier quote, the expectations around it. The diverse array of moods on display, from the spooked ‘Zero’ and relaxed warmth of ‘Slow Down Low’ to the unexpected ferocity of ‘Animal’ and catchy crunch of ‘Wilding’, are indicators of their identity-forging reaching fruition.

The pair have honed their soundscapes so that they’re defined by finesse, their ear for instrumentation and production working in tandem so that even at their most droning, it feels like the dull slow-pour of cement and more the transcendent soar of a jet engine’s roar, such is the lightness of touch and consciousness of melody they deploy.

It’s only when their craft feels at its least stretched that their potency dissolves. ‘Free the Skull’ in particularly comes to mind, which coasts by on its cyclical vibes, but falls short of the hypnosis its central guitar solo seeks by just feeling slightly too expected when taken as a whole.

The occasional flat note aside though, simply as a status of Moon Duo’s confidence, Shadow of the Sun is dead-on. After an evolutionary period that’s seen them move beyond primal drum machines, it’s clear that they’ve earned their stripes and are well and are truly ship-shape to set sail. Beyond that though, as a collection of songs that move through gears of San Franciscan mellowness, pent-up aggression, Krautrock tension, and slowly-furling euphoria with equal comfort, it says much more about their identity. Come album three, they’re not tied down to something tired or fumbling around experimenting with ill-suited sounds, but instead are simultaneously concentrated and expansive, defined by an addictive and inclusive sense of purpose.