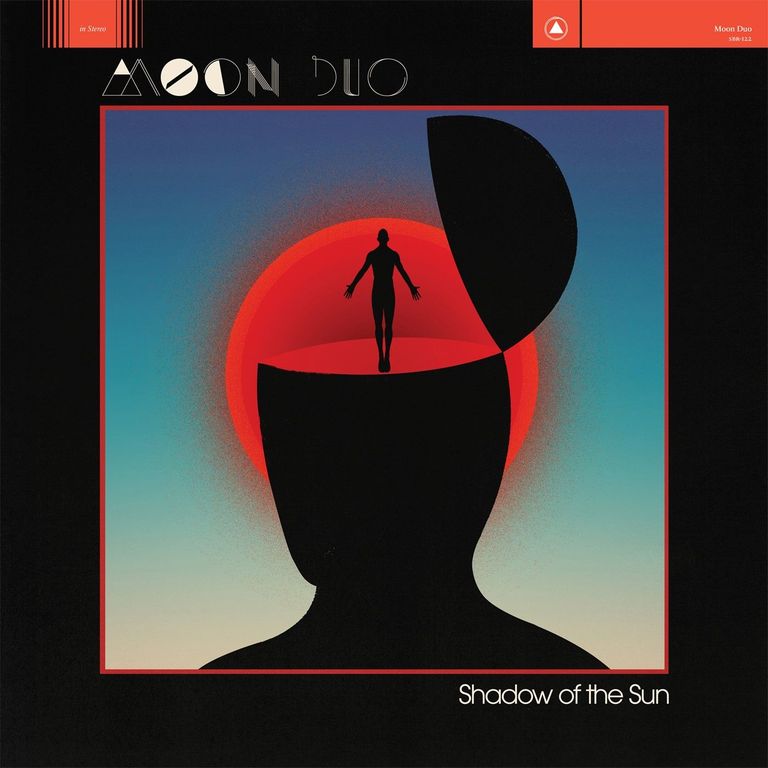 Moon Duo - Shadow of the Sun

Defined by an addictive and inclusive sense of purpose.»

The highest apex of psychedelia, be it art, music, drugs or literature, is to induce a prolonged consciousness shift that affects the consumer far beyond the time they were privy to the act. Moon Duo's third full-length LP, 'Shadow of the Sun', was written entirely during one of these evolving phases - a rare and uneasy rest period, devoid of the constant adrenaline of performing live and the stimulation of traveling through endless moving landscapes. This offered Moon Duo a new space to reflect on all of these previous experiences and cradle them while cultivating the album in the unfamiliar environment of a new dwelling; a dark Portland basement. It was from this stir-crazy fire that Shadow of the Sun was forged. Evolving the sound of their first two full-length records, 'Mazes' (2011) and 'Circles' (2012), Moon Duo - Ripley Johnson and Sanae Yamada - have developed their ideas with the help of their newly acquired steam engine, Canadian drummer John Jeffrey (present on the band's last release, Live in Ravenna). The unchartered rhythms and tones present on this record are reflective of Moon Duo's strive for equilibrium in this aforementioned new environment. You can hear it is the result of months of wrangling with a profound feeling of being unsettled - there are off-kilter dance rhythms, repetitive, grinding riffs, cosmic trucker boogies and even an ecstatically pretty moment. Mixing with Jonas Verwijnen in Berlin, allowed for a creative catharsis and dissolved the album's formal technique into a cool and paradoxically sane sound of confusion. This song will appear as the A-side of a 7-inch, packaged with each copy of the vinyl edition, and exist as the final track of the album on the CD version. The song has an early West Coast punk viciousness to it that is entirely unique to the Moon Duo catalog.
description from www.roughtrade.com