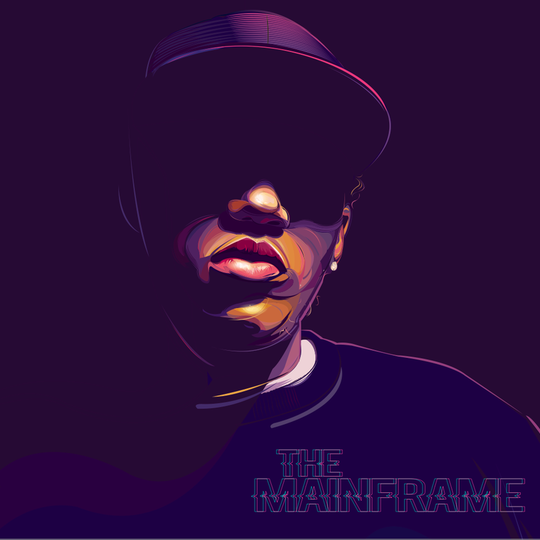 You can't deny that Joker knows how to create drama. The single constant thread running through almost his entire output – from the original late-noughties EPs all the way up to his visceral 040 releases with Swindle early last year – is an appreciation of the theatrical. In part, you can put this down as a manifestation of his self-confidence (which, if you read any interviews with him, soon becomes apparent beneath the easy-going façade). But it's also a symptom of his ambitious approach to production – always striving to make things bigger, grander, more noteworthy.

Liam Mclean’s second LP, The Mainframe, sees this taste for large gestures turning into a full-blown obsession, the Bristolian going to increasingly extreme lengths to beef up his mixed bag of styles – swooning classical interludes, mechanised beats, hooky guest vocals and all. It sounds impressively ambitious, but works out to be more of a double-edged sword, the obvious performance of the whole thing making it feel like the record's primary function is to impress - Mclean rushing through tracks and movements with such a desire to please that some really great ideas are left only half-explored.

Just like his debut, The Mainframe errs on the side of pop and RnB, but its vocal tracks on the whole feel much more accomplished. Although the LP begins with two instrumentals, ‘Wise Enough’ is the first tune to really hit anything close to his top gear, taking seemingly disparate sounds – piano, Zak Abel’s soulful vocals, a clutch of guitar licks and some clacking percussion – and mixing them up into an uber-catchy piece of pop. This then segues into turbo-charged lead single ‘Midnight’, with its bubble-gum J-Lo sample, stonking beat, and – best of all – no pretensions to being anything other than a big, brightly-coloured blunt object (albeit one that hits you in all the right places).

This early one-two punch, however, belies the crisis of identity that dogs much of the rest of the LP – with its high turnover of sounds and textures, it rarely feels so rooted and sure of itself. Instead, choosing to cover a whole lot of ground without much depth. The panoramic three song ‘Scene’ movement, for example, hyperactively dashes from tense, growling sci-fi beats to strings, croaky, computerised synths, and pan flutes a bit too quickly for any of it to be entirely satisfying. It can all feel overwhelming, kaleidoscopic – you’re presented with a large amount of fragmented information that, whilst not unpleasant, is pretty difficult to compute in one go.

Texturally, however, Joker is as brilliant as ever. The LP is dense and varied, and he rarely (if ever) misses a chance to shift sounds in and out of focus, layer electronics alongside anything and everything, and generally dress far-out combinations of sound and percussion in wildly accessible disguises. In fact, the playfulness (and openness) with which he fiddles around with a whole load of these ideas is probably The Mainframe’s most endearing quality – it doesn’t take much to visualise him, as you listen to it, in his kitted-out studio twiddling nobs and pressing buttons with all the glee of a kid in Hamleys for the first time.

Interestingly enough, this is probably also the best way to characterise The Mainframe’s glaring weaknesses. Yes, there’s plenty to enjoy – and there’s even the odd moment, like the bristling, dark first half of ‘Fuzz Bop’, to rival last year’s raucous ‘Minors'. But the LP is repeatedly let down by its own exhibitionism. It’s self-sabotaging. Boiled down, it’s just a vehicle for Joker to show you how freaking cool his studio toys are – which would be fine, except for the fact that he does them justice, and not himself.