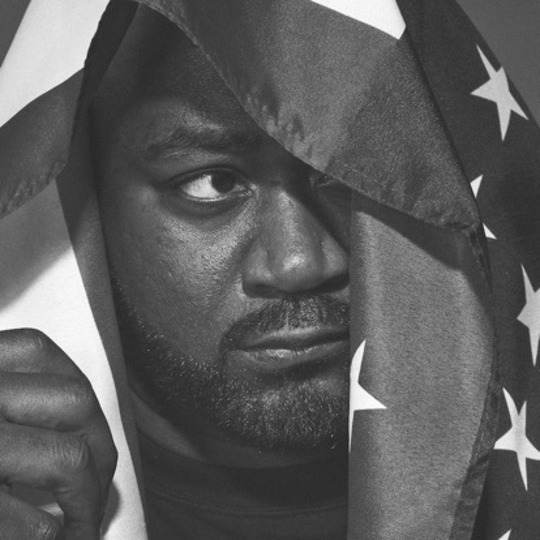 A shared love of hip hop was all that was required to set Matthew A Tavares, Chester Hansen and Alexander Sowinski on the road to becoming hot property in the genre’s production game. Three Toronto guys in their early twenties, who met through a jazz program at the city’s Humber College and bonded over MF Doom and Odd Future, have found themselves working with their heroes in both the studio (‘Hoarse’ from Earl Sweatshirt’s Doris; ‘Float On’ from Danny Brown’s Old) and the live arena (playing with both Frank Ocean and Tyler, The Creator in recent years). And now, five years after first meeting, Badbadnotgood are about to release a collaborative record with Staten Island’s ‘Rap Champ’ that’ll almost certainly go down as one of the best albums of the year. Not half bad, eh?

So how on earth have BBNG managed to achieve so much in so little time? Well, it helps that they’re a musically muscular and highly inventive instrumental trio who utilise their knowledge of jazz structures to craft the kind of open sound that offers a new brand of sample-free beats, perfect for any rapper to go in over. Their jazzy interpretations of tracks by A Tribe Called Quest, Gucci Mane and Nas on their first two records (plus a spellbinding symphony of music from legendary N64 game The Legend of Zelda: Ocarina of Time) had a depth that drew attention from far greater circles than the consumerist, snapback-wearing hypebeasts that can sadly make or break this kind of act. With the co-signs flooding in from the likes of Frank and Tyler, it was only a matter of time before marquee names came calling in the name of a full-length collaboration - and first to ring the doorbell was Ghostface Killah. You already know who Dennis Coles, aka Tony Starks, is, of course – he first caught “the blast of a hype verse” back in ’93 opening Wu-Tang Clan’s iconic Enter The Wu (36 Chambers), and the rest is, well, history.

Introductions over, let’s press on: Sour Soul is sublime. Rather than standing around starstruck, BBNG have more than proven their worth as Ghostface’s backing band. Working with Toronto producer Frank Dukes – whose credits include Ghostface’s 2010 record Apollo Kids, Danny Brown’s Old and the soundtrack to RZA’s martial-arts film The Man with the Iron Fists – BBNG have formulated a cinematic musical staging for Ghostface’s vivid, punchy storytelling. Inspired by jazz techniques and soul production from the Sixties and Seventies, they’ve stuck to their guns by eschewing sampling in favour of laying down all the live instrumentation themselves, and it works wonders. It’s instrumental class versus luxurious rapping flow, and the results are spectacular.

“I’m a twisted individual, they say critical / I say: ‘Nigga, I’m on top of my pinnacle!’” spits Ghostface on the title track. Lyrically living up to the definition of his Ironman alias, Ghostface is an absolute force here: “Simple minds get blown, shattered into pieces / My thesis is thick like the Book of Eli” he declares on the Spaghetti Western-esque ‘Gunshowers’, shoving all competition to the side by casually referencing the Denzel Washington-starring film. Even the “Ey, YOW” that punctuates the delicate jazzy, electro beat laid down by BBNG on ‘Tone’s Rap’ – a hip-hop equivalent of clearing one’s throat before addressing the U.N. – is striking: when Ghostface approaches the stand, you can’t help but devote every bit of your attention to each and every syllable that flows forth.

Elsewhere, there are strong features from Danny Brown (who goes classically-cartoony on ‘Six Degrees’), Tree (wheezing on the laid back ‘Street Knowledge’) and a cryptic DOOM on ‘Ray Gun’. The latter cut particularly excels – Ghostface and DOOM lyrically square off as rival superheroes as BBNG deliver a loungey Seventies groove, complete with cheesy organ-sounding keys and clean, vintage guitars. If there’s to be any criticism that can be levelled at this collab, then it rests with the decision to have three of Sour Soul’s twelve tracks be instrumentals. Sure, opener ‘Mono’ and the brass-heavy, James Bond-esque ‘Stark’s Reality’ allow BBNG to do their thing, but, in comparison with the cuts that see both artists vibing off another, they’re by no means highlights. Sowinski’s drums, so often one of the most jaw-dropping facets of BBNG’s sound, are also generally scaled-down, minimising the punchy impact that his usually tight-yet-exuberant style can have.

Ghostface hits this particular nail on the head during ‘Food’, proclaiming that “verbally I spit / I’m a beast, my brother”. And beast he does throughout Sour Soul, unleashing his trademark storytelling manner over a style of production that’s rather refreshing for an A-list rapper to be embracing in 2015. Those who are familiar with Ghostface’s previous work will revel in spending hours poring over his sermons here (“I used to rob and steal, now I make food for thought”), whilst those who are familiar with BBNG will appreciate their ability here to syphon their talents into a mode that fully complements Ghostface’s brutal flow. Everyone else will feel more than welcome absorbing a record that goes some way to proving that this form of collaboration is an art form that the hip-hop genre should embrace far more often.