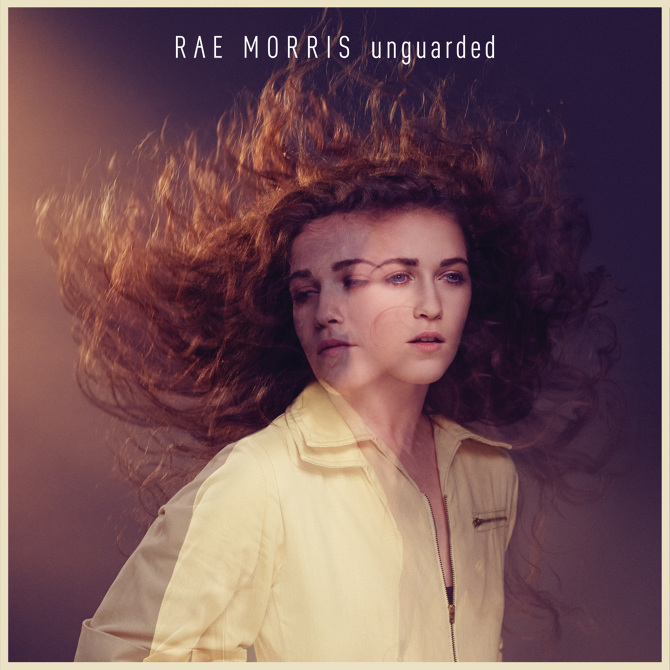 The wait for Unguarded has been worth it.»

The incomparable and supremely talented Rae Morris releases her debut album - 'Unguarded' through Atlantic Records. This is a debut that is set to have critics falling over themselves at the start of 2015. 'Unguarded' (with production by Ariel Rechtshaid, Jim Eliot and Fryars), deals head on with the highs and the lows that come with life-changing, character-building relationships, as though she's some old, wisened soul way beyond her young years. Where 'Skin' details the guilt of continuing a toxic love affair, 'Closer' is about being far from her family but more appreciative of her own identity, and 'Love Again' is - perhaps obviously - about getting back on the horse. The songs, however, contain double entrendres. They're as much about Rae's relationships, as they are about Rae's relationship with herself - and this recording process. 'Do You Even Know', written back in her shed in Blackpool, kicks back at someone who's misunderstood her, who isn't really thinking about what she wants. It was written to allay her fears about bending to be the sort of artist others expected. Over the course of the 12-track album there's a rare honesty emanating from the lofty choruses and sophisticated melodies that leaves you in no doubt that Rae has worked hard to stand her ground and make the record she wanted to make. This year has been somewhat of a learning curve for the young artist and she's gone from strength to strength. From writing songs alone in her bedroom to working alongside incredible musicians and producers, Rae has really come into her own and is more determined than ever about the path she is forging for herself. Rae is truly the musicians musician and has already garnered huge support and fans across the industry (with Chris Martin, Haim, Laura Mvula, Tom Odell and Bombay Bicycle Club to name a few, all showing serious love for her) and a plethora of critical acclaim from press, making her one of the most relevant, exciting new artists to come out of the UK and this is just the beginning for her. Everything she has been working towards this year is about to come to fruition with the release of her debut. 'Unguarded' is about to put Rae Morris in a whole other league.
description from www.roughtrade.com