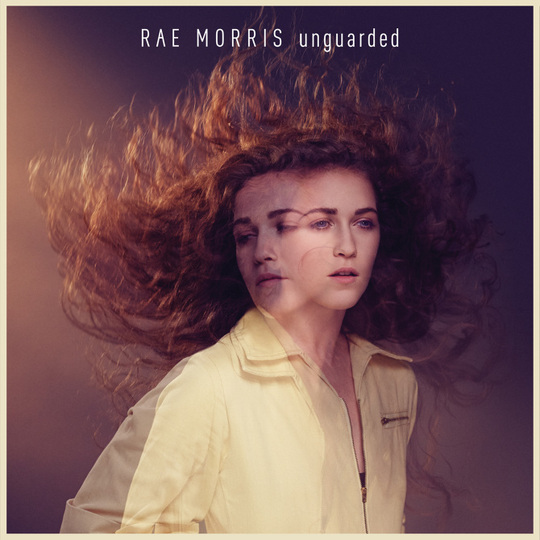 Rae Morris fans have had to be patient in awaiting this debut album. Many were hooked as soon as they heard 'Don’t Go' all the way back in March 2012 - only three years later do we finally have a full length release to listen to. Still, it’s great that her label have allowed her that time to develop and hone her sound and the age of 21, she can afford to patient with her output.

Certainly she's one of the more interesting artists on the BBC Sound of 2015 list, and though beneath it all there are some very basic pop sensibilities, there’s generally enough quirks to mean that it doesn’t wear thin. Her voice does recall Ellie Goulding in terms of delivery but where Goulding relies upon her voice to carry her, Rae takes it in her stride and everything comes across very naturally and organic.

There is only really one misstep on Unguarded. ‘Cold feat. Fryars’ is a weakest collaboration that sticks out a little jarringly on a record that is otherwise expertly paced. The rest though is a perfect example of what a pop album should be. Many of the tracks will already be familiar (as is inevitable on a debut) but ‘Skin’, ‘Under the Shadows’ and ‘Closer’ are as strong an opening trio as she could hope for. The first of the three is wonderfully haunting and highlights that when the vibe is vulnerable rather than aiming for uplifting is when Rae is at her best. All three of these tracks feel more produced than the early piano-led ballads so 'For You' is welcome when it arrives.

‘Unguarded’ in the middle of the album highlights this. It has a huge chorus that works spectacularly well in the live environment. It’s the sort of track that provokes goosebumps from even the most unsuspecting of listeners. Before this ‘Don’t Go’ reappears in a new form but is mostly as bare and beautiful as it ever was. The track remains her best to date although it also reminds us that one of the best early songs, ‘Grow’, has been left off the album. I won’t dwell too much on that decision but it would have been great to have it along for the ride.

‘Do You Even Know?’ soon follows as one of the more creative and ambitious attempts. It’s incredibly danceable and shows off a completely different side to Rae. This and earlier track ‘Love Again’ show that she has far more mileage than vulnerable piano ballads. It would only take a little work to turn both into genuine dancefloor tunes although it’s a relief that they didn’t take this direction to assault the charts. ‘This Time’ is the highlight of the closing section of the album. It’s the sound of that vulnerability that’s captured on the likes of ‘Don’t Go’ being overcome. As a result, it leaves me very excited as to where Rae Morris could go on a second album.

Some of the tracks are a little overproduced. The opening trio is a little guilty of that, as is 'Unguarded' itself, but it never chokes the songs. You just feel Rae’s voice should be allowed more space to shine on occasion. It’s a tough argument though because then another reviewer might argue she were relying on that voice too much. Only on 'Cold' does the production seriously hamper the end product.

Mostly though, the wait for Unguarded has been worth it. Rae Morris has the potential to be the most loved songwriter in the country and her ascent is one that should be cherished by lovers of innovation and creativity in pop music. Let’s hope the wait isn’t as long this time around.