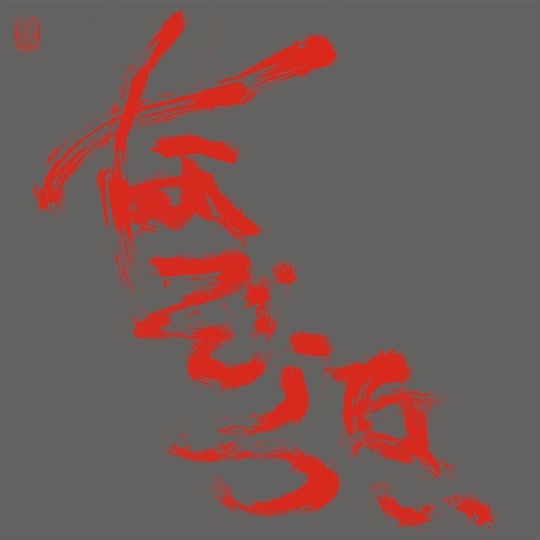 A clatter of deep bass and percussion stabs underneath the synthesized gaping yawn of a cruise ship leaving port at the gates of hell. The strange aria of an androgynous overlord whines, croons and screams over the continued submersible crash of cymbals and toms, all the while twisting alien klaxon noises from a synthesizer, parrying with the cosmos he faces via the wormhole he’s just opened in Birmingham’s cavernous Symphony Hall. It’s July 2013, and Keiji Haino’s exorcising demons with Oren Ambarchi and Stephen O’Malley in tow.

Now Nazoranai is most certainly a trio, and an improvising one at that, but the sheer power of Keiji Haino’s presence makes it impossible to ignore him. The dark prince of the Japanese underground has been making noise since the arse end of the Sixties, piloting his constantly mutating free rock power trio Fushitsusha since the late Seventies, and has a discography that runs into the hundreds. He exists outside of time, dominating every recording he touches - and even in the company of such heavyweight comrades in the form of Sunn O)))’s O’Malley and the beguilingly brilliant Ambarchi from Australia, Nazoranai is no exception.

This is the second release for the trio on Stephen O’Malley’s Ideologic Organ imprint (via Austria’s Editions Mego label), and while Nazoranai's self-titled debut was hardly easy listening, The Most Painful Time Happens Only Once Has It Arrived Already... ? is a far more dynamic affair, eschewing any skeletal semblances of song structures, and setting this project aside even in Haino’s extensive catalogue as something new. The vital ingredient is definitely Oren Ambarchi’s powerful drumming, which takes on newly aggressive hard-rocking territory here (something he expanded upon in another freeform trio with O’Malley and Master Musicians of Bukkake’s Randall Dunn, documented on this year’s utterly stellar Shade Themes from Kairos). From the get go on the 19-minute opener (song names, as per usual for Haino, are mostly looong), Ambarchi traces tribally rolling tom-heavy rhythms, arse-kicking O’Malley into action with a rumbling acid rock bass groove submerged in dense fuzz. The rhythm section brew up some of the best-suited backing of Haino’s career - rhythmically approachable and yet utterly manic and intensely gothic - and it unleashes some of Haino’s most calculated vocal and guitar work. On the relatively brief nine-minute blowout, ‘Who Is Making The Time Rot’, the guitarist lets out a ritualistic solo filled with long held lines of sprawling wavelike tones. It spills out all over the innards of Birmingham’s CBSO Centre – where it was recorded live – like the grappling tentacles of the kraken, battling the apocalyptic smashing of Ambarchi and O’Malley’s Moby Dick-like din, but ultimately winning them over and cutting short the briefest track on the recording.

The 19-minute title track closes out the record with a psychedelic suite exploring various new territory. It kicks off like a heavy rocking monster rock wig out before seven minutes in the bottom drops right out and the trio bring things right down. Haino switches guitar for drum machine, clattering arhythmically along with Ambarchi while O’Malley lets out alien sound effects from his bass. Things get tribal, and Haino starts letting off guttural yelps and squeals that would scare the devil himself, and the piece eventually closes with long sustained wordless falsetto cries, wept into the deepest recesses of the venue.

These three musicians make music in shapes and textures. Much of Ambarchi’s solo drone output comprises smooth, cyclical spheres that almost caress, while O’Malley deals in towering grey monoliths that dominate the subconscious. For the most part, Haino’s spent his career dealing with rough jagged polygons, tearing eardrums to shreds with noisy solo guitar improvs (think 1993’s Execration That Accept To Acknowledge), or pedalling disjointed anti-songs in a dialect that even the Japanese struggle with. Nazoranai brings together all three varying voices far more successfully and satisfactorily than the vast majority of such meetings. Metal fans with a thirst for the avant-garde will find plenty of chances to headbang along, while noise addicts will find much to sate their thirst, and the drone heads can soak up the trio’s wave after wave of deep dark tones beneath the surface madness. This is the sound of three of the human race’s finest sonic ramblers in conversation, and it’s a truly daunting experience to give yourself over to.