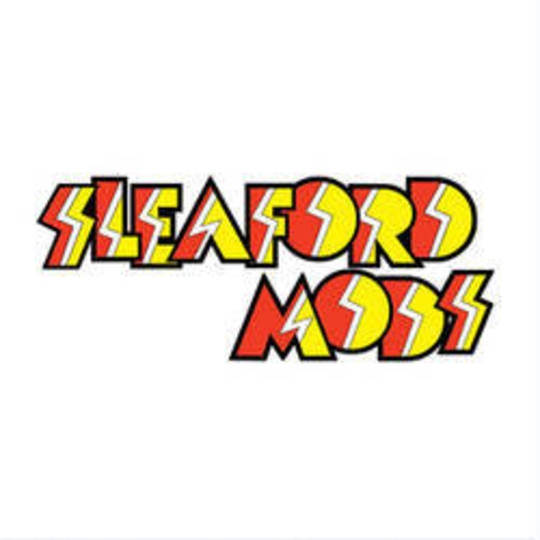 The group have been spitting their way through fractured beats about broken Britain since 2006. But it wasn't until this year's Divide and Exit album that people really started to pay attention. The aforementioned LP came kicking and screaming into the universe like a nicotine-damaged new born, announcing Jason Williamson and Andrew Fearn to the stagnant 2014 music scene.

The group's rise continues with the release of Tiswas. Their first EP since Divide and Exit isn't about experimentation, nor is it about capitalising on their recent success with a few album offcuts, it's about what it's always been about for Sleaford Mods: spitting punk pile into the earholes of anyone who will listen.

There's no dilly-dallying, it's all about who throws the first punch, and Sleaford Mods can fling their fists with the best of them. 'Tiswas' smacks you around like someone down the club might after one too many pints of cheap bitter.

It's ridiculously refreshing to hear a group rant so viciously about the banality of modern life. Too often groups have shirked away from the bitterness of the world, preferring to instead sing about love and other 'universal' feelings. It's all a bit sickening really. What's more universal than the hatred of the working week? The boredom in the boardrooms and the streams of weak coffee running through the veins of the white-collared majority. That endless damp Tuesday feeling that takes over as you still at your desk and stuff your face with average digestives. That's what life is all about really, not this 'love' nonsense you see in the movies.

As the EP progresses things become even more violent. 'Bunch of Cunts' and 'The Mail Don't Fail' scrape away the any last remnants of music, leaving only vicious stream-of-consciousness ranting and sparser than sparse drum loops. Andrew Fearn's beats are minimal at the best of times, but on this EP he peels away further than ever. It's bordering on spoken word, the beats are that fractured.

When reviews start discussing lyrical content it can get a bit too academic, so I won't start to comment on social politics, or any of that nonsense. However, it seems a shame not to mention the genius contained within '6 Horsemen (The Brixtons)' “Johnny Borrell fucks off to an island for four months at the height of his fame. Was the country bothered? Was it fuck. He made a massively bad calculation.” It takes some skill to be hilarious, scary and damn right-on in the space of a three minute pop song, but Sleaford Mods have proved that they can deliver on all fronts. Time and time again.

Modern life might indeed be a bit shit, but at least there's someone out there making some decent tunes out of the misery.