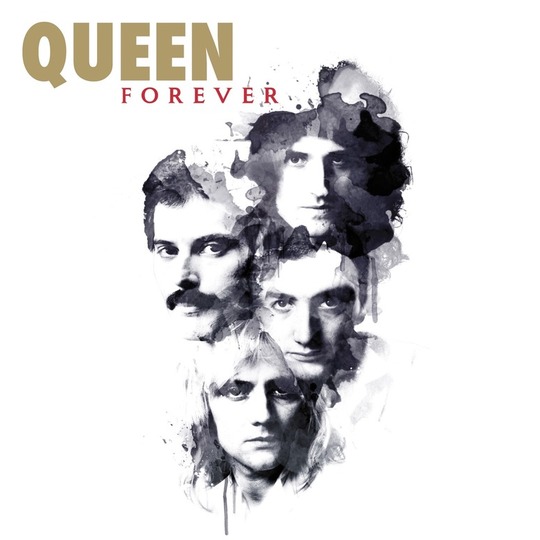 When the world already has Greatest Hits Vol 1 (amazing), Greatest Hits Vol 2 (amazing), Greatest Hits Vol 3 (amazi...alright it’s actually a bit surplus, but it does have ‘Thank God It’s Christmas’ on it) plus a myriad of other random shuffles of the same songs, the casual Queen fan surely has had their fill? Queen are one of those rare bands, like Abba and the Beatles, whose greatest hits come pre-loaded into all of us. They’re not just a band people are fans of, they’re part of the fabric of our culture. Most people under the age of 40 won’t even remember the first time they heard ‘We Will Rock You’ or ‘Another One Bites The Dust’, we just KNOW them. They’re the soundtrack to the whole world. In the age of YouTube, of Spotify, of our own internal ear-worm radios, we, the casual public, don’t need to buy another Queen hits collection. And actual proper Queen fans already own all the albums anyway. So what, you ask, is the point of Queen Forever?

To give them their due, Queen (or at least the 50 per cent of them willing or able to make the business decisions) seem to have realised this as well, and actually ...Forever does try a different tack. There’s no ‘Bohemian Rhapsody’ or ‘Radio Ga Ga’, though we do get ‘Somebody to Love’ and ‘Crazy Little Thing Called Love’; instead there’s a collection of second-tier singles and album cuts augmented by three ‘new’ songs.

Let’s start, as the album does, with those. They’re all disappointing. Queen were always at their best when they were rocking hard, or letting Freddie Mercury’s mad-as-a-barrel imagination loose to throw its shapes. These three, each abandoned at various points of the past 30 years and cleaned up by Roger Taylor and Brian May for this release, are the kind of mid-paced sort-of-ballads that made Queen sound like any other band. ‘Love Kills’, originally recorded solo by Mercury in collaboration with Georgio Morodo, is shorn of its burbling synths and rendered exceptionally dull in it’s new 'ballad' form, while ‘Let Me Into Your Heart’ is entirely unremarkable in every sense, one of those completely so-so MOR/AOR plodders Brian May writes between looking at stars or badgers. Both are saved by exceptional vocal performances from Mercury, and we shouldn’t overlook that, and the latter does have one of those twin-guitar solos that ONLY sound like Queen, but neither are remarkable in the canon. You don’t need them.

Most noteworthy, and of most interest to the record-buying public (you suspect it’s the selling point of the whole album) is ‘There Must Be More To Life Than This’, a collaboration with Michael Jackson originally worked on (with the other members of Queen) in 1984 for Mercury’s Mr Bad Guy solo album, dusted off by Taylor and May and spruced up by William Orbit. It’s nothing special, though the novelty of hearing those two instantly recognisable voices alongside each other does raise momentary goose bumps. It’s just a shame they're carried by such an unremarkable tune. Mercury owns the vocals here, it’s very much his show, with Jackson floating over the top - his voice sounds slightly alien over the Queen bombast, like it’s beamed in from another track, but the effect isn’t unpleasant. It’s a curio at best and a footnote at worst.

The rest of the record is a confused meander through some of the lesser known backstreets of this over-familiar band. The singles (‘It’s A Hard Life’, ‘You’re My Best Friend’, ‘Play The Game’ etc etc) are rock solid, and ‘Who Wants To Live Forever,’ despite being written for one of the silliest films in existence), still completely slays you, but you almost certainly don’t need to own them again. The album tracks are more interesting if you’re new to them - ‘A Winters Tale’, one of the last songs written by the dying Mercury as he lay in his hospital bed, is a lovely thing, and ‘Bijou’ has some of that weirdness and effortlessly creative spark that is absent elsewhere. There’s absolutely no need to be reminded of the Taylor written (and sang) ‘Drowse’ though. Not ever. All in all, much less than the sum of its parts.