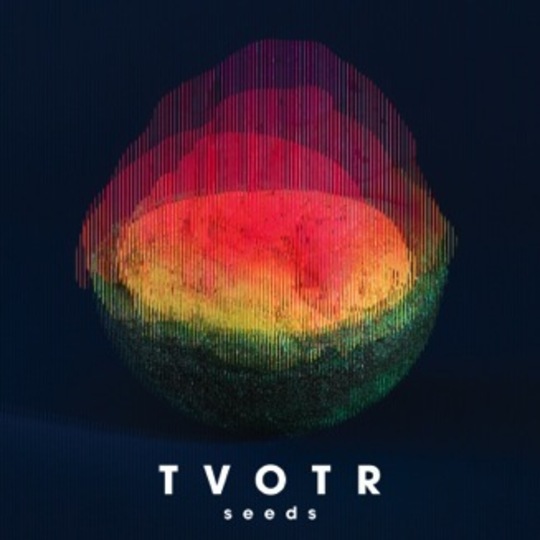 TV on the Radio are a comfortably familiar name in indie; the purveyors of an eminently listenable (and frustratingly indefinable) catalogue that’s enraptured a cult following ever since their excellently-titled 2004 debut Desperate Youth, Blood Thirsty Babes. But their cultural reach extends beyond being simply a cult concern: it’s highly likely that, even if you aren’t an avid TOTR follower, you’ll have at least a track or two from their well-stocked discography nestled safely somewhere in your iTunes.

For their first record since 2011’s Nine Types of Light, Dave Sitek, Tunde Adebimpe, Kyp Malone and Jaleel Bunton have had to overcome severe adversity, following the untimely death of bassist Gerard Smith a week after Nine Types of Light's release. Indeed, lead singer Adebimpe recently acknowledged that 'we’ve been through a lot of stuff in the past few years that could have stopped the band cold.'

Smith’s passing, however, galvanised the remaining four-piece to continue making music in his honour, and Seeds is a credit to their bassist’s memory: staying true to the TOTR ethos of writing music that yo-yos between genres, its 12 expansive tracks make for a compelling and frankly splendid record that you should seriously consider adding to your collection.

Having consistently defied hacks left, right, and centre over their 13-year career with their reluctance to establish a sonic trademark, with Seeds TOTR have continued that tradition. And not only through their music: the minimalist selection of track names on offer, such as the obliquely-worded ‘Quartz’ and ‘Lazerray’, don’t give away too many clues with regards to initially grasping the record. One could perhaps pull up TOTR on their unwillingness to nail down a sound or indeed a solid point of reference, but to do so would do a disservice to Seeds’ well-constructed and eclectic creative flow.

‘Ride’, for instance, is essentially the musical equivalent of a game of two halves. Opening with an atmospheric but overly-long piano’n’string section (an example of where that titular conciseness could’ve been applied musically), it’s only after its conclusion that the track finally bursts into life: a joyful, The Suburbs-esque expedition which Adebimpe declares is “the ride of your life” – a lyric of particular poignancy (along with “look to the sky, it’s time to ride”) given recent events in the TOTR camp.

But there are many more moments on Seeds that suggest that we should actually take Adebimpe’s observation far more literally. There’s comeback single ‘Happy Idiot’: paradoxically joyous in its lyricism, the anthemic chorus of carefree abandon lends itself to being both hummed on the rainy journey to work and bellowed at the top of your lungs on a Friday night down the local indie disco (“IGNORANCE IS BLISS!”). Sitek’s jangling guitars power the number, with his renowned skills behind the mixing desk as producer undoubtedly bringing extra life to this delectable slab of euphoric indie-rock. ‘Could You’ similarly excels; a would-be single that hums in a manner comparable to Skying-era Horrors that builds to a flourishing, horn-led climax. Garage-rock pearler ‘Lazerray’, meanwhile, with its frenetic guitars and foot-tapping rhythms, achieves everything that Howler tried to do in their most recent album with ease.

Adebimpe’s sweet vocals are also on fine form throughout. ‘Test Pilot’ would be an otherwise rather unforgettable ballad-for-the-sake-of-it were it not for the singer’s fine coo, whilst ‘Love Stained’ is humanised by Adebimpe’s impassioned delivery in amongst the blazing, Portishead-esque wall of synth that colours its chorus. Second single ‘Careful You’, meanwhile, takes a dramatic swerve into synth-led electro territory, its ethereal chorus swirling from one headphone to the other as Bunton’s thumping drum machine beats provide the only grounded constant. The melancholic wordplay of the title (“I’ll care for you, oh careful you”) also feeds into the high emotion of this number as buzzy instrumental effects rain down, truly enveloping the listener over its five-minute duration.

Reassurance is an inescapable theme on the record, perhaps most evident when Adebimpe repeatedly hollers “Everything’s gonna be OK” at the tail-end of electro-ballad ‘Trouble’. Musically, he needn’t worry one jot: you simply have to admire the stylistic composure and high-quality of Seeds, which was no doubt an exercise in catharsis for the band. “I'm glad we got it together and took stock of the unique connection we have between each other,” Adebimpe observed in that interview. “Because this record is, 1000%, without a doubt, the best thing we've ever done." Hear, hear.