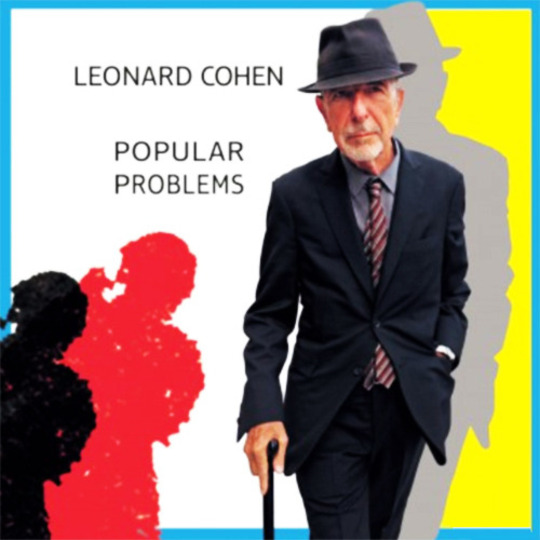 As most classic artists get older, they have to endure commentary on how well they’re coping with the ageing process – are they having to act their age a little bit more? Have their lyrics taken on a preoccupation with faith and death? And has age weathered the talents that made their name in the first place?

Luckily, Leonard Cohen doesn’t really have to worry about any of these things, as he’s pretty much the same character at 80 as he was aged 33 when his debut album emerged in 1967. From an older generation than his singer-songwriter contemporaries even then, Cohen always seemed an age apart, while his songs have thrived on a mixture of existential angst, musings on life and death and the darkest of jet black humour.

Cohen has also always had a voice that nestles at the very deepest end of the register, but here, on his thirteenth album, one of the immediate things you notice is that he seems to developed a more ragged edge than usual. It’s quite a noticeable change even from 2012’s Old Ideas, but Cohen wears it well, his half-whispered delivery never veering too close to Bob Dylan’s modern croak. If anything, it adds a grittier edge to proceedings, giving ‘Samson In New Orleans’ a distinctly Tom Waits-ian feel as Cohen offers a eulogy for the broken city, “our prayer so damn unworthy / The sun rejected it”.

Like many of his recent albums, Popular Problems has been created alongside a key collaborator, with keyboardist Patrick Leonard co-writing most of the nine tracks. Part of Cohen’s touring band that has been playing a career-spanning set to such rapturous acclaim recently, Leonard has seen first hand the power that his boss's songs have, and has taken a similar organic approach to arrangements here. Sparse drums and keyboards, pure female vocals adding sweetness to Cohen’s ragged lead, flourishes of fiddle adding splashes of colour here and there – when his songs are fleshed out in this way, it underlines how badly he’s often been served in previous decades (often by his own hand, it must be said).

There are occasional nods to other genres – ‘Did I Ever Love You’ swings into upbeat country thanks to some shuffling drums and plucked guitars, while a bluesy edge to opener ‘Slow’ helps to underline the ridiculous machismo of the lyrics, Cohen poking fun not only at his advancing years and his reputation as a ladies man, but even his musical approach – "Let me catch my breath / I thought we had all night", he croons, before a whirling Hammond winks at the audience. ‘Born In Chains’, another highlight, has apparently taken Cohen 40 years to finesse, so he’s certainly telling the truth.

Altogether, Popular Problems is another very good record from someone who many thought might not have such a thing in him, a concise collection of nine tracks curated by a man who has rediscovered his musical spark, surrounded by sympathetic collaborators, ironically brought to life following a mammoth betrayal from someone he once trusted. If it doesn’t quite hit the dizzy heights of his very best, it at least proves that the man who had such a way with words in his youth can still do the same as he heads into his ninth decade.