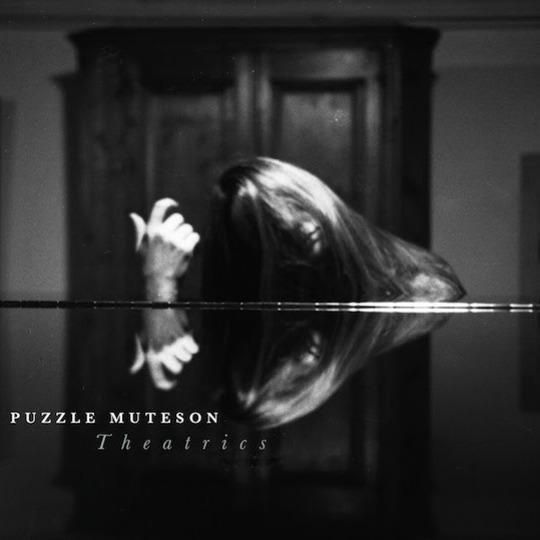 In recent years, Bedroom Community have gone from being a niche indie label to one of the best guarantors of quality, even importance, out there: its artists are as likely to appear on the cover of The Wire as they are to soundtrack award-winning art films and dance performances (Ben Frost, Daniel Bjarnason, Valgeir), or work as engineers and string-arrangers on landmark albums by Antony (Nico Muhly), or Swans (Frost, again).

There is no Bedroom Community sound, per se, but its artists operate at the intersection of classical minimalism, avant-electronica, musique concrete, and noise. For restless indie fans who’ve tracked down the influences on Kid Amnesiac era Radiohead, Bjork, late-period Scott Walker – or who love the ideals of post-rock in its original (Simon Reynnolds) sense, but feel it’s become stale – BedComm represent a haven of emotionally powerful (mostly instrumental) music.

Puzzle Muteson isn’t an unprecedented artist on the label, but as a piano balladeer ornamenting his sound with subtle percussion, loops, and processed vocals, he represents the opening of a rich new seam. (Okay, 'balladeer' is a loaded term, but on a label where Gorecki, Penderecki, Ligeti, Boulez, Glass, and Reich are reference points, the difference is striking). For the sophistication of his playing, and the haunted tone of his voice and backing tracks, Muteson most resembles Antony (minus the bombast), or the sublime DM Stith whose Heavy Ghost album was an instant classic, with songs arranged for piano rather than guitar. Think also: a conservatory-trained Perfume Genius.

Melancholy though second album Theatrics is, there’s never a moment when it flags or drags: like Closer, say, the variety and inventiveness of arrangements is a kind of palliative for the darkness its maker can see, while the lyrics have been acclaimed by poet Angela Rawlings. The cover of New Order's ‘True Faith’ gives you a sense of Muteson’s formative influences and his nuanced phrasing is a striking improvement on Sumner’s flat delivery. ‘River Women’ also hints at Nick Drake as a possible influence – with its congas (it sounds like) lapping gently beneath the intricate melody. Final track, ‘Chair’, builds up from fragile dashes of piano that barely cohere before synth arpeggios burst and twinkle, like stars appearing from behind clouds. Immaculate.