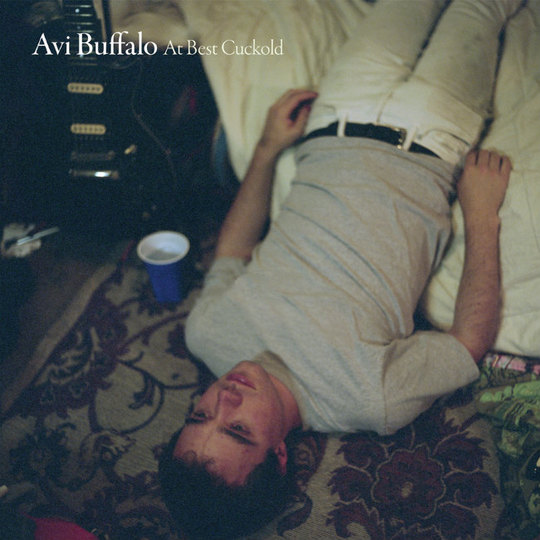 At Best Cuckold, the second album from Californian singer-songwriter Avi Zahner-Isenberg's indie folk four piece Avi Buffalo, is a delicate, conflicted creature. Back in 2010, the band's self-titled debut was released when Zahner-Isenberg was just 19 and barely out of secondary education. Avi Buffalo struck a chord when artists such as Local Natives and Bon Iver were at the peak of the transatlantic indie 'mainstream' – only for the band to disappear off completely for nearly half a decade. Time has clearly served them well, returning as an altogether more accomplished act without losing the lonesome, melodic character that resonated so strongly in the past.

In a recent interview with Pitchfork, Zahner-Isenberg describes his early days as a musician being educated by an 'older bluesman', an experience that has since given him the feeling that making music should be a patient, careful process rather than a path to celebrity. In these last four years, he tells of how he has learned to play piano, bass and programme drum machines, skills which hang on this record like a badge of honour. Opener 'So What' marks a breezy start as his light-as-air vocals race through a tale of frustration and seeking satisfaction where only loneliness resides. The foreground guitar is simplistic and passive, allowing forlorn lyricism to take a dominant hold: “I had a dream that you were acting normal/ It made me wake up feeling like a stone/ and every one had left to go to work/ but I knew I had no choice to stay home”.

Loneliness is a theme that runs through this album in more than just the writing, there's a void here that is never quite filled, only exemplified by the transparent nature of Zahner-Isenberg's vocals. You are so often left waiting for these songs to break and bare the guts behind the words but it's a sensation only ever hinted at, leaving much of the album bound tightly introverted. Instead, At Best Cuckold articulates itself in a subtle kaleidoscopic way. On the stunning mid cut 'Two Cherished Understandings', an ethereal, dreamlike mood is formed and sadly quickly abandoned. Clocking in at barely two minutes, Zahner-Isenberg channels latter day Mercury Rev and Mazzy Star, showing these sounds can remain fresh in the right hands. “I know why you stalk the night/ coming over the overpass/ seeing all you want to see/ it's in a space too far way” he whispers as a simple guitar chord drives over his echoed vocals, with an eventual emergence of spiralling electric guitar which screws itself into the songs own clouded fabric.

Penultimate track 'Oxygen Tank' is as perfect as Avi Buffalo songs come. Lyrically, it's immediate and profound, wrapping up the album with an ambitious final act. “A man carrying an oxygen tank/ is gonna come kill me and my family too/ if I don’t stop seeing you/ if I don’t start seeing through those lies you tell me everyday/ I know it's not the same things you say to him” is spoken with an unsettling childlike confidence that harks to the introspective fragility of singers like Grandaddy's Jason Lytle. The song eventually grows restless in its initial form, moving into an instrumental Sixties-style space rock outro that juxtaposes crazed guitar noodling above a hilariously conservative drum pattern.