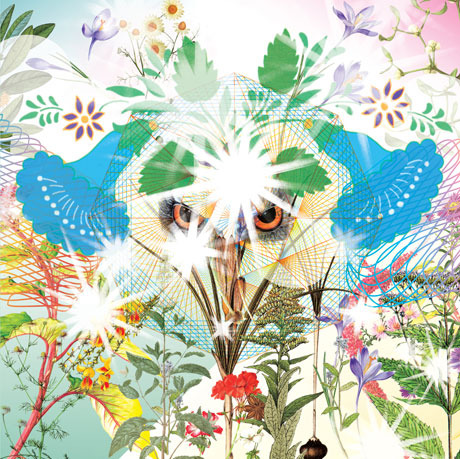 In some ways Gamel is OOIOO’s most Boredomsy album to date.»

Ooioo has always created a musical language all its own. Under the leadership of Yoshimi P-We, also a founding member of Boredoms, the group has recorded six albums that have subverted expectations and warped perceptions of what constitutes pop and experimental music. Four years of work went into making 'Gamel', their bold new album inspired by the Javanese style of gamelan and the first new music from Yoshimi in over five years. Gamelan is an ancient form that has inspired a great many composers and musicians over the past century, from Erik Satie and Claude Debussy to Mouse on Mars and Sun City Girls. The introduction of this traditional form transformed the group into a super tribe, side-stepping the road between the past and the future. Their focus is not to replicate these ancient styles, but to incorporate them into their consistently inventive, constantly shifting musical frameworks. They take their love of indigenous music into an entirely new dimension by freely weaving organic and electric tones into a vivid tapestry, employing their keen sense of color and texture. While previous Ooioo albums have been largely studio creations, Gamel is the most accurate portrayal of the band's overwhelming, forceful live presence they have released yet. Yoshimi leads her minimalistic rhythm ensemble by making quick, impulsive shifts in tone and attack, the group acting as one mind under her expert instruction. While the gamelan elements will be brand new to many listeners, the band offsets the bizarre with familiar, at times even nostalgic and childlike, melodies. Gamel is euphoric, bursting at the seams with an exhilarating frenzy that is universal yet uniquely their own. Ooioo's music is reflected in the ear of the beholder, with each listener taking away something different. Yoshimi began her music career in 1986 playing drums in UFO or Die with vocalist Eye, and later joined him in the revolutionary noise-pop group Boredoms. Her explosive drum performances captivated audiences and even inspired Wayne Coyne to name a now-famous Flaming Lips album in her honour. While the band's tours of the United States are infrequent, they are as The New York Times has stated, transcendent.
description from www.roughtrade.com