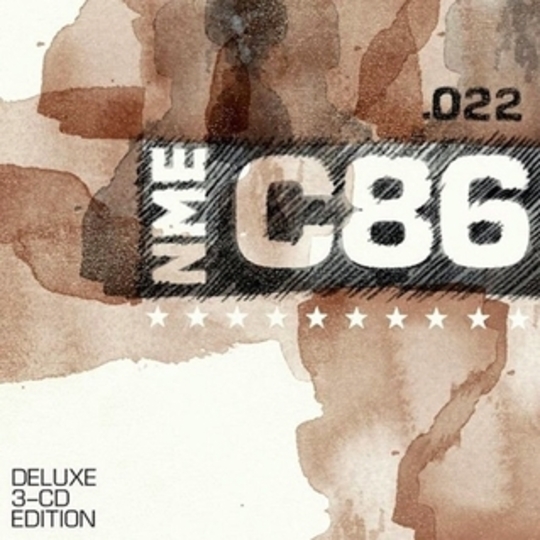 It's difficult to envisage a mail order cassette being responsible for creating a musical genre, but that's exactly what happened almost 28 years ago to the day. Even more beguiling is the fact many of the bands didn't sound the same, look the same or share the same influences. Initially created by NME writers Roy Carr, Neil Taylor and Adrian Thrills as a follow-up to the publication's C81 cassette five years earlier, C86 collected songs from 22 artists, many of whom were still relatively unknown at the time. As the first run of cassettes quickly sold out, Rough Trade issued an LP version the following year. However by then, the die was cast and the seeds were sown. With numerous bands not featured on the cassette latching onto what was perceived to be the jangly punk pop aesthetic of the day, a new genre was born: indiepop aka C86.

The rest is history, with many of the cassette's key protagonists such as Primal Scream, The Wedding Present and The Pastels going on to much bigger things whilst still remaining active to this day. Of course it would be easy to dismiss the scene as 'twee'; and many have done so. Certainly it serves as a remarkable artefact of a time many commentators choose to lambast rather than celebrate. Nevertheless, its influence has spread far and wide. Without the scene that spawned C86 it'd probably be fair to say bands like Nirvana or My Bloody Valentine wouldn't have existed. Likewise the numerous labels responsible for some of the cassette's recordings (Creation, Subway and Head for starters whose founder Jeff Barrett went on to form Heavenly four years later). Then of course there's the umpteen club nights and festivals borne out of respect for C86 and all its glory. Indietracks, Scared To Get Happy and How Does It Feel To Be Loved? being three who've successfully established themselves this past decade.

So now seems as good a time as any to reissue C86 as a timely reminder of its significance both culturally and musically. Rather than just giving the original a glossy makeover and new catalogue number, Cherry Red have gone the whole hog, compiling a mammoth three-CD deluxe edition featuring an extra 50 bands on top of the inaugural class of '86. Throw in a 48-page booklet written by Neil Taylor - currently in the process of writing a book about the scene, C86 And All That - and a nifty-looking box to house the whole package in and you've one of the most attractive and carefully curated reissues of recent years.

Musically diverse and disparate, the only common denominator linking all 72 participating artists is that each song happened to be recorded between the middle of 1985 and 1986. The first CD contains the 22 songs off the original cassette, opening with Primal Scream's 'Velocity Girl' which pretty much became the fanzine scene's national anthem. While later devotees to the works of Bobby Gillespie and co. might find its Byrdsian reference points unrecognisable from what the band eventually became, the same could also be said to a lesser extent for The Soup Dragons' 'Pleasantly Surprised', whose two-minutes long thrash is a world away from the baggy infused rave pop which saw them briefly dent the upper echelons of the singles chart in 1990.

Similarly, We've Got A Fuzzbox And We're Gonna Use It's DIY screech punk 'Console Me' gave no indication of their own Top 20 hits 'International Rescue' and 'Pink Sunshine' just three years later. Interestingly, three of the most hotly tipped bands from that era - The Mighty Lemon Drops, Age Of Chance and Stump - all ended up on major labels shortly after the release of C86 yet never quite infiltrated the mainstream. Nevertheless, all three contributions here fully justify the belief thrust towards them at the time.

Of the two bonus discs, both treasure troves featuring a mixture of soon-to-become household names and obscure might-have-beens, the second compilation in particular flirts with perfection from beginning to end. The June Brides' offering 'Just The Same' highlighting why they're still held with such high regard three decades on. Likewise The Primitives' 'Lazy', which featuresw a rare lead vocal from guitarist Paul Court. John Robb's seminal punk outfit The Membranes have been kicking up a storm on the festival circuit recently and their inclusion 'Everything's Brilliant' suggests they were no slouches when it came to penning and recording a tune either. Elsewhere, forefathers of the scene The Jesus & Mary Chain's 'Inside Me' sits comfortably alongside indie pop legends Talulah Gosh, who thrash their way through 'I Told You So' in under two minutes with gleeful abandon. Lesser known artists such as Nottingham/Sheffield based combo Kilgore Trout with their Adverts inspired 'The Peacock Nose' and London angular dreampoppers A Riot Of Colour's 'Skink' also sound at home beside such prestigious company. While The Brilliant Corners delightfully winsome 'Meet Me On Tuesdays' may just be responsible for The Wave Pictures' entire output.

Disc three treads a similar path, including early offerings from both Happy Mondays ('Freaky Dancin'') and Pop Will Eat Itself ('Mesmerized,), again in guises far removed from the ones synonymous with their later chart successes. Alan McGee's Biff Bang Pow and the freakbeat infused 'Love's Going Out Of Fashion' demonstrate its creator's knack for writing as well as discovering an infectious pop tune while experimental Mancunians King Of The Slums deliver one of the collection's quirkiest numbers in the shape of 'Spider Psychiatry'. Also worth checking out is 'I Remember' by Treebound Story who feature a young Richard Hawley and Meat Whiplash's feedback heavy 'Don't Slip Up' which predates noise rock staples like A Place To Bury Strangers and Weekend by several decades.

In many ways a mini-encyclopaedia detailing the roots of indie pop. C86: Deluxe Edition is an essential addition to any discerning collector and what's more, actually worthy of repeated listens to boot.