Under Color Of Official Right 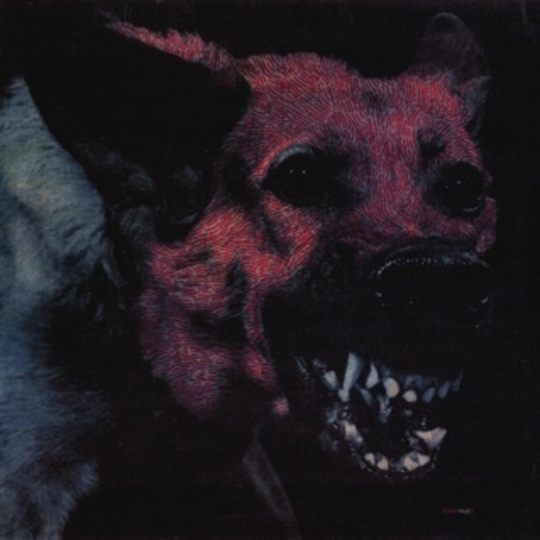 At what point does New Wave finally become Old Wave? And can we really stop calling everything guitar-based recorded after Never Mind The Bollocks post-punk? As lazy musical genres, the aforementioned take some beating. Yet it's difficult to envisage many commentators not referencing either when discussing Protomartyr and their second LP, Under Color Of Official Right.

Formed in 2008 in Detroit, Michigan, their music undoubtedly owes more to England between 1978 and 1980 with a smidgen of The Walkmen for good measure. Listen closely and the influence of Wire is more prevalent than The White Stripes. And when they do look to the garage for inspiration, it's more likely to be the one inhabited by Joe Strummer and The Clash than the places where The Stooges or the MC5 learned their trade.

Which isn't to say Protomartyr don't stamp their own identity all over proceedings. They do, in no uncertain terms. Particularly frontman Joe Casey, a club doorman by trade whose imposing figure provokes visions of a young Henry Rollins. Fusing passive-aggressive vocal stylings that occasionally border on the nonchalant, it's a heady mix fuelled cohesively by guitarist Greg Ahee's angular flirtations topped off by Scott Davidson and Alex Leonard's punchy two-bit rhythms.

Recorded over the course of a single weekend at Benton Harbor's Key Club with Bill Skibbe and Jessica Ruffins - whose combined past credits include The Kills, Archie Bronson Outfit and Cass McCombs over the past decade or so - Under Color Of Official Right packs a dynamic punch from starting to finish, never outstaying its welcome at any point. It comprises 14 pieces that vary in length from the 70 seconds it takes for 'Pagans' and 'Son Of Dis' to splutter into life and implode vociferously to opener 'Maidenhead''s atmospheric three-and-half minutes long voyage.

Sounding uncannily like a collision between Burning from the Inside-era Bauhaus and The Violent Femmes with a less restrained Hamilton Leithauser up front, Ahee's guitar chimes in and out of focus while Casey spits lyrics like "Don't feel no pain for anyone, don't feel no heart for anything." Setting the scene for what follows; not that Under Color Of Official Right can be described in any way as formulaic; it merely serves to highlight Protomartyr's versatility to adapt and change direction, often in the same song.

Take 'Ain't So Simple' for example, again clocking in at little over two minutes, yet in that time altering course from being the long-lost sibling of Joy Division's 'She's Lost Control' to becoming a third cousin for Mission Of Burma's 'Academy Fight Song'. It's this play on reference points which engenders Under Color Of Official Right so engaging. 'Want Removal' takes guttural punk sensibilities to raucous new depths, while 'Pagans' leaves the Ramones no nonsense blueprint on a park bench somewhere in the heart of Manchester.

And so it continues. 'What the Wall Said' takes The Walkmen's Bows & Arrows to meet a youthful Mark E Smith while 'Tarpeian Rock' could easily be an undiscovered gem from XTC's rich back catalogue. Elsewhere, 'I Stare At Floors' carves punk aesthetics through a cavernous wall of My Bloody Valentine-esque effects before closer 'I'll Take That Applause' impeccably pays homage to the DC hardcore scene.

Having been diligently beavering away for six years, Under Color of Official Right should finally grant its creators the recognition such endeavours deserve. Here's to Protomartyr: remember the name.