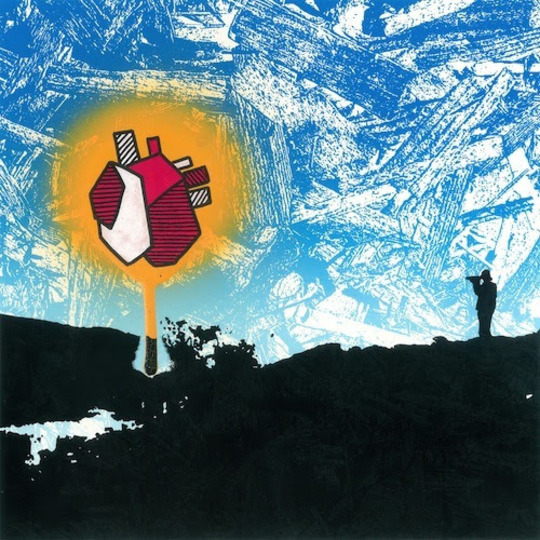 Ahead of this year's Mercury prize, DiS in partnership with Naim Audio's new wireless music system, mu-so, will help you GoDeeper into 2014's nominated albums. Today, we would like to turn your attention to the fantastic In Each and Every One by Polar Bear. Here is Ben Philpott's review of the record, originally published back in March.

Visit our Mercury mini-site for the band's guide to their gear they used to make this album, and more coverage of all of this year's nominees.

Unbelievably, it's been a decade since Polar Bear released their extraordinary debut Dim Lit. If ever a band could re-introduce jazz as a relevant element of modern independent music it was these guys. Lead by drummer Seb Rochford, whose hair and musical CV lay claim to equal notoriety, it's arguable that Polar Bear are in a way, a downplayed super-group. Band mates comprise entirely of members of the F-IRE Collective (Fellowship for Integrated Rhythmic Expression) with saxophonist Pete Wareham (of Acoustic Ladyland), bassist Tom Herbert (of The Invisible) and composers Leafcutter John and Mark Lockheart making up the meat of the band.

In Each and Every One is Polar Bear's fifth full-length and yet another reinvention of an already highly experimental trademark sound. Past records played on members varied musical backgrounds, blending an accessible fusion of classic jazz with the playful, momentous drive of familiar 'pop' elements found in funk, drum and bass and dub. With this record, Rochford has elevated new ground in both ambition and scope, offering a monumental 70-minute journey of puzzling jazz experimentation. The earliest preview offered to fans came in the form of second track 'Be Free', a slippery composition of oscillated sax and fluttered drums that breaches Four Tet territory with a punchy electronic build.

There's a tangible sense of progression as the record moves through an - at times - exhausting degree of emotions. 'Be Free', 'Chotpot' and 'They're All Ks and Qs Lucien' largely remain in the same realm of fervent energy, maintaining an infectious tempo fit to dance to. 'Lost in Death Part 2' (which oddly precedes Part 1) is a stern work of electronic jazz fusion that breaches much darker territory than what came before it. Formed around a prominent lead sax, Leafcutter John's electronic backdrop brings forward a cinematic edge, allowing a narrative feel where no obvious story exists.

As the record reins in during its conclusive third act, Polar Bear channel their inner doom into a series of destructive, often disconcerting moments of 'post-jazz' mayhem. 'Life and Life' is a key example of the band's new found indulgence as they eclipse melody in favour of a chaotic drone that even your most complacent Sleep fan would enjoy. It may prove a little off-putting for the more traditional jazz fan but this is bracing stuff that provides a cathartic satisfaction upon repeat listens.

Jazz has long had it rough at the hands of the rock'n'roll faithful, often disregarded with ignorance as being tuneless and contrived, it seems time that a record emerged with a counter argument for such a common pre-conception. Polar Bear have more than done their fair share in bringing fresh and innovative ideas to British music and with this record their skill is unequalled. In Each and Every One is a whirlwind of an experience that elevates as much as it does bury you in fear, you'd be foolish to write this off.