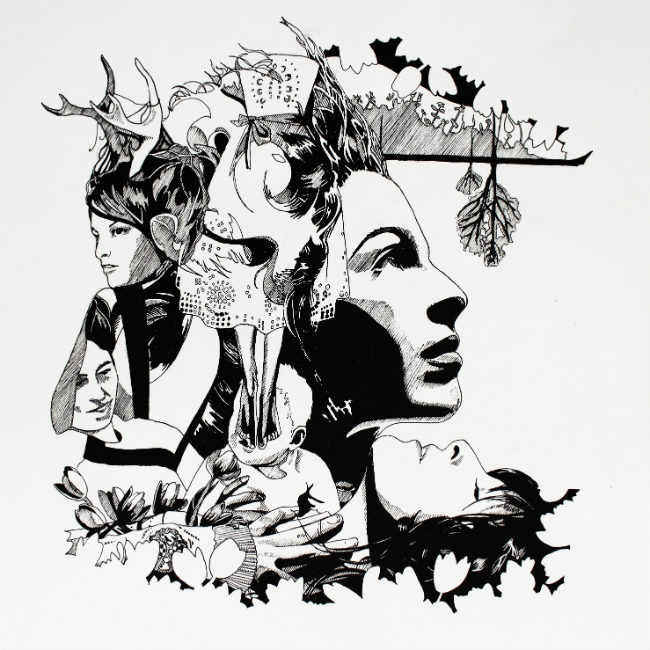 Jesca Hoop's latest stark and eloquent effort titled 'Undress' offers up salt-of-the-earth duets with much loved artists, Guy Garvey, Iron and Wine, Willy Mason and Erika Wennerstrom. These four duets stand as cornerstones for what is a reaffirmation of Hoop's incomparable abilities as a singer and songwriter. Hoop kicks off 2014 with 'Undress', a live and intimate rendering of her sophomore album Hunting My Dress. Jesca's vision for the album was to capture her original compositions 'in their raw and live state, much like you would see in a live show. Keeping things simple and sublime.' 'Undress' sees Jesca take the original songs from 'Hunting My Dress' back to basics with a live recording and collaborations with some of her favourite artists. Her collaborators were in some ways determined by Jesca's course of travel. She hooked up with Willy Mason in LA, Iron and Wine in Atlanta (Jesca was touring with Sam and they recorded on her last night of the tour), Erika Wennerstrom in Austin, Texas and Guy Garvey in Manchester. The title track 'Hunting My Dress' is re-imagined as a duet with Iron And Wine's Sam Beam - "this version couldn't be more different to the original and captures a charmed moment between two songwriters", says Jesca. Long time fan and champion Guy Garvey joins on 'Murder Of Birds'. The duo recorded the original version long distance, sending files back and forth. Their recording for 'Undress' was a far more intimate affair, recorded in Jesca's living room in Manchester - "two dear friends singing a familiar tune." Willy Mason takes lead vocal on 'Whispering Light' with Jesca playing the supporting role. "Willy's narrative style of singing brings new meaning to the song", says Jesca. Erika Wennerstrom from Heartless Bastards "brings an unexpected dimension" to two songs 'Tulip' and 'Feast Of The Heart' says Jesca "as our voices couldn't be more different." The remaining songs are solely Jesca, recorded with her band in her current hometown of Manchester.
description from www.roughtrade.com