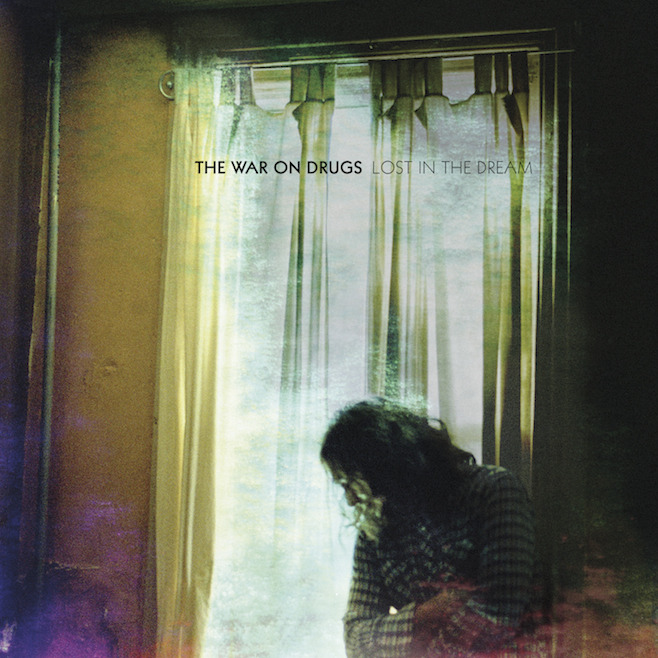 The War On Drugs - Lost in the Dream

Lost In The Dream is an album for drifting away to, for switching off and waking up somewhere else, somewhere better.»

'Lost In The Dream' is the third album by Philadelphia band The War on Drugs, but in many ways, it feels like the first. Around the release of the 2011 breakthrough 'Slave Ambient', Adam Granduciel spent the bulk of two years on the road, touring through progressively larger rock clubs, festival stages and late-night television slots. As these dozen songs shifted and grew beyond what they'd been in the studio, The War on Drugs became a bona fide rock 'n' roll band. That essence drives 'Lost In The Dream', a 10-song set produced by Granduciel and longtime engineer Jeff Zeigler. In the past, Granduciel built the core of songs largely by himself. But these tunes were played and recorded by the group that had solidified so much on the road: Dave Hartley, (his favorite bassist in the world), who had played a bit on The War on Drugs' 2008 debut 'Wagonwheel Blues, and pianist Robbie Bennett, a multi-instrumentalist who contributed to 'Slave Ambient'. This unit spent eight months bouncing between a half-dozen different studios that stretched from the mountains of North Carolina to the boroughs of New York City. Only then did Granduciel - the proudly self-professed gearhead, and unrepentant perfectionist - add and subtract, invite guests and retrofit pieces. He sculpted these songs into a musical rescue mission, through and then beyond personal despair and anxiety. 'Lost In The Dream' represents the trials of the trip and the triumphs of its destination. Note the way the keys whisper against the guitar's growl as the tempestuous 'An Ocean in Between the Waves' approaches pentecostal heat. Hear how, when a sharp and hard riff cuts into the inescapable chorus of 'Red Eyes,' synthetic strings and baritone saxophone shape a soft, infinite bed beneath it.
description from www.roughtrade.com