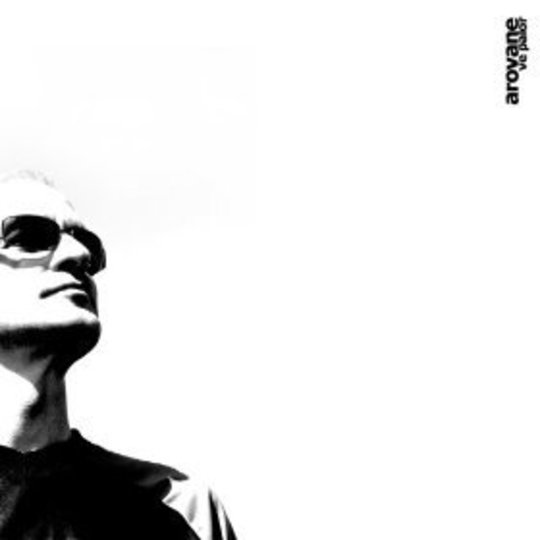 In what’s bound to be the most under-celebrated comeback of 2013, German electronica producer Uwe Zahn has returned with a new album as Arovane. Literally vanished since 2004, he was last seen with the gorgeous Lilies, whose sleek, crunchy sounds were inspired by a trip to Japan. Its final track, the gorgeous piano piece ‘Good Bye Forever’ turned out to be something of an omen: as soon as the album was released Zahn dismantled his studio, kissed goodbye to Berlin and took off on his Supermoto bike for the horizon. Luckily he either ran out of juice or developed severe ball ache, and earlier this year an Arovane account appeared on Soundcloud with Zahn teasing clips of Ve Palor, a mix of new material and leftovers from before the big ride.

And what is it Arovane’s discovered while he was off finding himself on a motorbike? Not much: Ve Palor is like breaking open a time capsule from 2003, when Bush was in charge, phone screens glowed green and EDM meant music that sounded like a fax machine’s death rattle. Autechre nuts will lap up the likes of ‘Scrai-N’, where looping guitar competes with beats that thud and skip like ball bearings, and ‘Gniddt’, which recalls the Sheffield duo’s landmark Amber with its cavernous synths and icy, ambient air. It’s not just Autechre's spelling and sound Zahn’s channelling - it’s their desire to twist their own formula, with church organs swallowing popcorn percussion on ‘Cleiy’, and ‘Foldt’ pitting delicate digital drums against a string section. Envelope pushing stuff, although the envelope is definitely postmarked 1995.

Once you accept that fact, however, Ve Palor reveals its complex production, and shows itself to be an extremely detailed headphone adventure. Really not enough people know good Zahn is at the crunchy-blippy stuff, and how 83 minutes of new Arovane material is like discovering a previously unheard but on-par Pixies album. Under the spray of drums on ‘C Il It’ Zahn’s trademarks are everywhere: harpsichord-like pads and fragments of strings, everything fading down until only the prettiest elements remain. It’s the madcap, emotionally fractured stuff IDM fans will beg for, and Zahn spices it with moments such as the calmer ‘Leptr’, where malfunctioning keyboards, bass chords and escaping air paint a picture of digital heartbreak.

In short, anyone who’s been watching the horizon since Arovane rode over it will love Ve Palor - it’s the sound of him returning with a huge hit of what he does best, despite the world having turned a little in his absence. These sad but rigid little vignettes sound as intricate as they did ten years ago, though perhaps a little more indebted to their influences, and perhaps a slight stretch at the movie-length runtime he’s accorded them here. Throw in the even crunchier bonus tracks and you’ve got a wedding cake-sized album that even n5MD evangelists might struggle to force down; that said, as long as you take it on in pieces it’s one twisting, emotionally rewarding LP, and a welcome return for the most technology savvy motorcycle rider since Street Hawk.