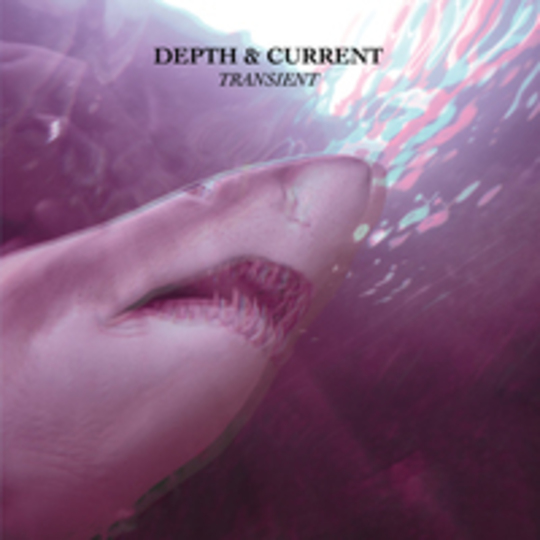 Oklahoma is probably be one of the least likely places to give birth to an industrial noise combo. Musically more accustomed to hosting ballet and theatrical events, it's difficult to envisage the combined works of Andrew Eldritch, Dave Gahan and Trent Reznor ever being placed on any educational curriculum.

Not that Oklahoma-based trio Depth & Current seem concerned by perceptions of the norm. Formed five years ago in the city of Norman just 20 miles south of Oklahoma, they've spent the ensuing period steadily honing their experimental sound into the dizzying maelstrom prevalent throughout Transient. Whereas the band's 2011 self-titled debut hinted at a bright future, Transient delivers those expectations on every level.

What's most astonishing about Transient - their first release for London's Club AC30 - is that the eight pieces barely clock in at a quarter of an hour combined. Rather than pulverise the listener into submission, Depth & Current have created a series of short sharp aural shocks and as a result, Transient seems all the more assured for it.

Mixing pulsating and occasionally jarring beats with meandering synthesized arrangements and swathes of distortion and feedback, the three-piece; Chris Harris, Derek Lemke and Tommy McKenzie; have conjured up a sound that is likely to be embraced by the shoegaze, psyche and goth hordes en masse.

Whether it be the harsh industrial surging opener 'Running', which sounds as if it were recorded in a beehive, or the heavier noise-induced 'Unknown', Depth & Current live up to their biographical description as sonic experimentalists. Obvious reference points including the likes of Depeche Mode, Suicide, A Place To Bury Strangers and The Sisters Of Mercy; the latter due to Chris Harris' baritone, if somewhat spectral vocal.

'Coast 2 Coast' could be Iggy Pop's 'Nightclubbing' revamped by the Batcave crowd circa 1982 while 'Turn Me On' turns My Bloody Valentine et al's reverb drenched blueprint inside out, instead filtering various segments of noise through an ear shredding colander.

Further on, 'You're Alive' provides a timely reminder of why we fell in love with Skywave's Synthstatic nine years ago while the poignant bombast emanating through 'Exes And Ohs' coupled with 'Breaking Your Heart''s reflective eminence render both as possibly the most brutal break-up songs ever set to tape.

A concise lesson in controlled aggression, not a single song breaking the two minutes mark, Transient keeps it short and simple from start to finish. 'A full length album for a modern attention span,' say the band, and we wholeheartedly agree.