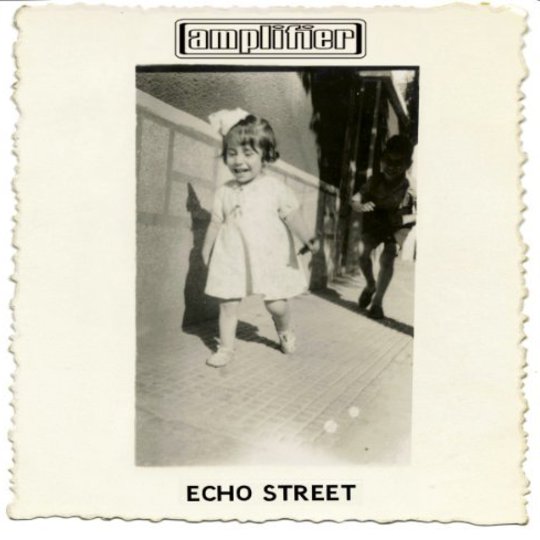 If there’s anything as daunting as writing and recording a double album, it’s deciding what comes next. That’s the conundrum that now faces Amplifier, whose 2011 two-disc opus, The Octopus, solidified their place in the modern prog landscape and went on to sell a remarkable 20,000 copies – not bad for a self-released effort. But how, exactly, do you recreate a success like that? For Amplifier, the answer is simple: you don’t.

While Echo Street still boasts radio-repellingly lengthy track durations, heavily effected guitars and a masterful display of dynamic control, it also demonstrates a stripped-back approach to songwriting. This is partly down to new blood in the ranks: gone is bassist Neil Mahony, and in comes new low-ender Alex ‘Magnum’ Redhead and, most notably, former Oceansize guitarist Steve Durose, who bolsters the line-up with his own considerable prog pedigree.

Yet despite this coming together of Manchester’s alt-rock behemoths, Echo Street showcases Amplifier at their most immediate. Opener ‘Matmos’ is understated, with a humble chord progression and repeated “na na na”-based refrain that builds to a giddy crescendo of interweaving guitars and exuberant rhythm work. The writing is unassuming and uncomplicated, and it’s intriguing to note that several of the tracks have their roots planted firmly in the Nineties, both in terms of their sonic imprint and their actual period of composition.

So, when you hear the odd Britpop-esque vocal melody or moment of guitar solo excess, that might not just be a knowing nod to the decade in question; it’s just as plausible that a young Amplifier wrote then scrapped it during that era, too. This is most apparent during the 12-minute axe-travaganza that is ‘Extra Vehicular’, which features echoes of the Smashing Pumpkins’ ‘Soma’, not to mention an outro worthy of Billy Corgan at the height of his powers. Certainly, it appears that taking old tracks and putting them through the modern-day Amplifier machine makes this album as nostalgic a proposition as its title suggests.

While the band play to their strengths on grunge-tinged rockers such as ‘Where The River Goes’ and the Oceansize-y title track, an auditory stroll down Echo Street shows that Amplifier are not afraid to experiment, either. When the new recruits combine their vocal talents with frontman Sel Balamir, it culminates in the most startling departure from the group’s tried-and-tested electric format: the acoustic-led ‘Between Today & Yesterday’ is an undeniable show-stopper, its three-part harmonies harking back to Seventies country-rockers like the Eagles and Crosby, Stills & Nash rather than King Crimson and Rush.

Indeed, where the band’s previous record was a sprawling, all-encompassing affair, Echo Street feels more intimate – and more comfortable. Having already demonstrated their compositional abilities, there’s no need for Amplifier to prove themselves on quite such a grand scale again; ‘Paris In The Spring’, although a fine demonstration of their craft, fails to break new ground in quite the same way as more tortuous tracks, such as synth-laden rocker ‘The Wheel’ or nautical odyssey ‘Mary Rose’, which rises and falls like the waves upon which its titular vessel rides.

If The Octopus was the turning point, Echo Street is the moment of reflection – of the band’s own past and present, and of the music that inspired them, whether that came from the past four years or the past four decades. Of course, it doesn’t carry the same jaw-dropping expanse of material as its predecessor, but that’s not what this album is trying to be. Amplifier sound confident and in control of their own future, while remaining aware and appreciative of their past – and that’s by no means a bad place to be.