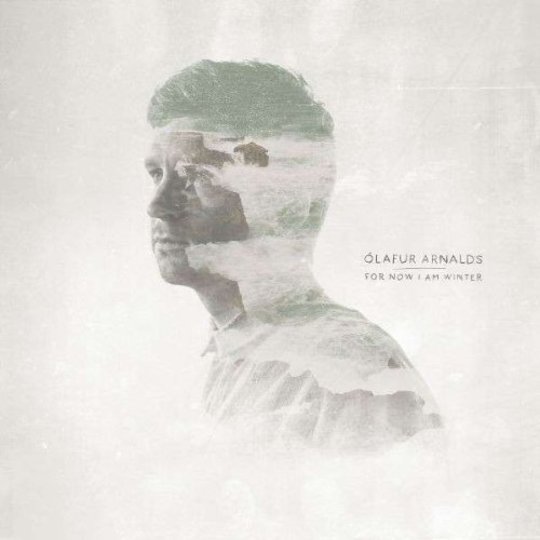 This young Icelandic neo-classicist is certainly not one for taking things slowly. Since his 2007 debut album, Eulogy for Evolution, Ólafur Arnalds has blossomed through numerous collaborations as well as scoring films and TV shows, with his music also featuring in recent blockbusters Hunger Games and Looper.

Informing his latest album, these projects have helped his style to mature and evolve considerably. The unembellished piano and string sound of old has given way to a much fuller orchestra, and the delicate dreamlike quality slipping through some of his older pieces has been replaced by a new sense of urgency.

This bold quality was created in no small way by the help of American composer Nico Muhly, whose arrangements thickened out the synths and added texture to the sound. As a result, there is warmth flowing beneath even the most desolate moments of For Now I Am Winter. And there certainly are desolate moments littered amongst the energetic melodies. The album is coloured with emotion, at once deeply thoughtful and painfully melancholic. However, there is also a strikingly modern feel to it all, even as far as a splash of electronica in tracks such as ‘Brim’ and filmic moments reminiscent of Yann Tiersen.

However, For Now I Am Winter is an album of great contrasts in dynamics as well as tempo. It is an album that demands attention, not to mention repeated listenings, to draw out the beauty. At times one might accuse Arnalds of getting lost in his own experimentation, skirting between one style and another, never quite settling on anything consistent. However, the flighty accumulation of contrasting effects could equally be held up as a positive – there is no room for stagnation.

The standout tracks are almost without exception those including Arnór Dan Arnarson’s vocals, especially in ‘Old Skin’ where they stream angelic above the instrumentation. This new dimension to Arnald’s work lifts it to a much more exciting and, it could be said, edgy plane. The downside here is that in contrast, some of the songs lacking vocals consequently feel less imaginative – tracks such as ‘We (Too) Shall Rest’ and ‘Hands Be Still’ - feel as though they are dragging their feet a little in an otherwise daring album. This is the risk that Arnalds takes in merging his styles old and new, though one that his fans (old and new) will almost certainly come to appreciate.