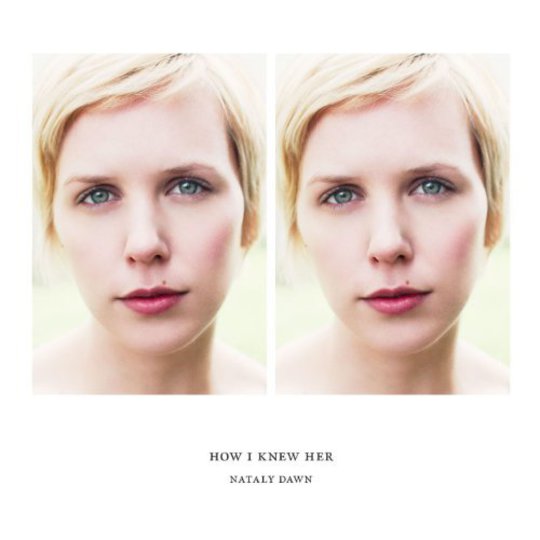 Tumbling through my letterbox a couple of weeks ago came a DVD screener of the new TV show The Following ('ooh hey look at me, I’m Charlie Brooker!') from the Kevins Williamson and Bacon. The premise is, well, mental: bad horror movie trope James Purefoy breaks out of prison to carry on with some cartoonish mutilation process that Jimmy McNulty-lite Bacon has to halt. Only here’s the twist: James has been using his time in prison to develop a network of like-minded serial Lecters to do his hilarious butchering for him using these social network things they have now. It’s a neat little twist, utilising a subtlety that recalls the neat nuances of a Van Halen guitar solo to stir up the fears that lurk deep within our luddite imaginations and help us recognise that THE INTERNET IS A TOOL OF IMPLAUSIBLE EVIL.

Fortunately, as a little reminder that not everyone is thick, tumbling through my letterbox the same day came the new CD from Nataly Dawn, one of a cluster of folk-inspired South California musicians who have steadily risen to prominence through the buzz developing around their YouTube channels in particular. As if mirroring the social network platform for her work, it’s the Twitter and blogosphere that have been growing ever more fervent in their praise for Dawn’s work, from her self-released début through to her duets 'Pomplamoose' with Jack Conte and 'My Terrible Friend' with her (presumably not so terrible) friend Lauren O’Connell. Said hype has apparently seen Dawn picked up now by Nonesuch Records, with whom she has now produced her label début How I Knew Her. So, um, up yours, Kevins.

There’s no way of knowing whether or not the move to a renowned label has anything to do with it, but it seems there’s a clear intent to change direction here from Dawn. Whereas her early work was sparse and haunting – on the My Terrible Friend EP she incredibly managed to outdo the sense of wearied self-loathing on Tom Waits’ ‘Diamonds and Gold’ – the songs on How I Knew Her are positively giddy. On the likes of ‘Araceli’ and ‘Long Running Joke’ the vocals hiccup excitedly whilst the backing instrumentation – and they are very much backing instruments, because there’s no question that Dawn’s wonderful, idiosyncratic voice is the album’s centrepiece – gives off a sense of innocence through its rudimentary olde worldeness.

The result is a bright and breezy album that’s easy to like, even if Dawn’s palpable enthusiasm does occasionally tip over into being cloying: she pronounces ‘Caroline’ as rhyming with with 'spleen' and ‘Even Steven’ – sample lyric “you’re not a man, you’re not even a boy, you’re just a lyin’, cheatin’, apple-eatin’ heathen” – errs in going for a kind of sassy Big Band sound that comes across a little too Mark Ronson-y. Throughout the record though, she combines sweet and tender vocals with unbridled energy to create something genuinely infectious, if not as weighty as her earlier work or that of her excellent sometime-bandmate O’Connell. As a result it’d be dickish to be down on it.