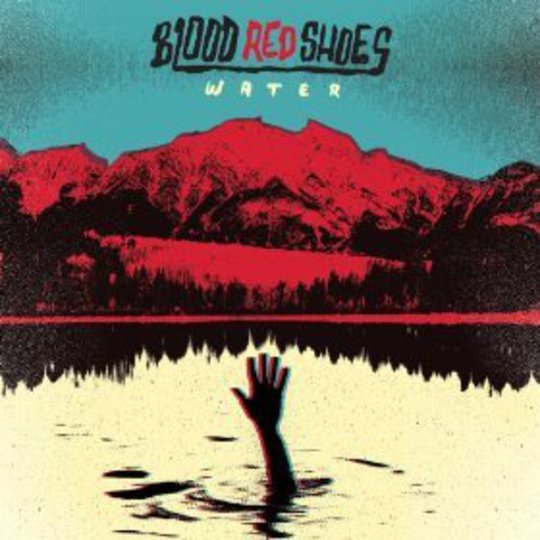 Barely a year since the release of their third album, In Time To Voices, and Blood Red Shoes are back with a new EP, Water. Unlike the split personality of ITTV, a record that veered between the tender introspection of ‘Night Light’ and the visceral violence of ‘Lost Kids’, Water is a straight-up suckerpunch of (as the band promise) 'pure badass rock n roll immediacy'.

A 20 second dirty whirl of reverb teasingly heralds the arrival of opener, ‘Red River’. The track, like the rest of the EP, takes the vitriolic volume last heard on ‘Jes Me Perds’ and turns it up to 11 for a euphoric game of tag played out between dizzying distortion and pounding drums.

The Sabbath-slaying ‘Black Distractions’ comes next and doesn’t drop the baton as a sexy-fuzz induced riff prickles with unbated tension as Steve repeatedly growls the lines, “when you close your eyes I’ll be there too, summon the devil inside of you”.

‘Idle Hands’ closes the EP in a dense fog of gnarled vocals that perfectly showcases Steve and Laura-Mary’s interplay of light and dark as the pummelling chords come in waves, only pausing in the middle-eight to grapple for air before plunging back down to the murkier depths.

Recorded straight off the back of their US tour last October in Dallas, Texas with long-term friend John Congleton, Water is both BRS getting back to the core elements of what makes them a band and at the same time making an exciting leap forward.

With the band promising to ‘not tour the fuck out of 2013’ hopefully there’s more of this to come.