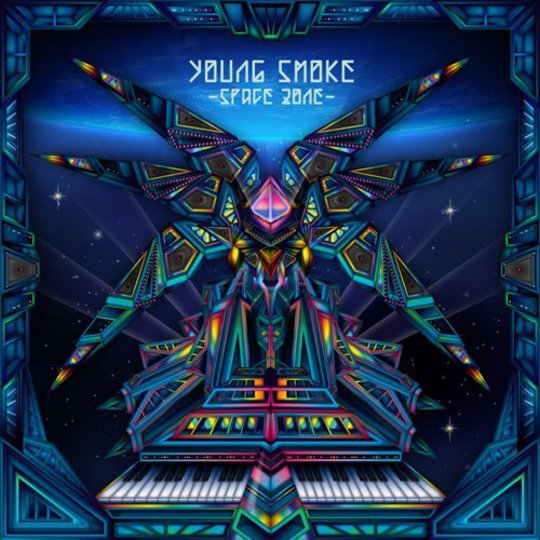 Planet Mu’s latest wunderkind is 18-year-old David Davis, whose debut as Young Smoke will be a feast to anyone who grew up on Game Boy soundtracks. Possibly inspired by one of the worlds from Super Mario Land 2 (and definitely by the futuristic footwork of Kuedo’s album Severant ), Space Zone is arcade synth melodies set to heavy, 160bpm rhythms. As adventurous as it is tuneful, and sealed in cover art even Def Leppard wouldn’t sign off, it’s an aggressive little record that takes you into the cosmos without making you leave your bedroom or put down the joypad.

There’s a psy-trance edge to Space Zone which Davis offsets with as many mad effects as he can. Most of the tracks here burst with excitement: ‘Warning’ is a radiation siren over lumbering footwork beats, while ‘Let Go’ puts ethereal pads to funk vocals. The opening title track is a shot of pure 8-bit nostalgia; Mario coins and vocodered voices, an engaging recipe which Davis wisely reuses on ‘Space Muzik Pt. 2’ - a game of Asteroids where you get to shoot bass as well as rocks - and the hybrid percussion/scratching of ‘Futuristic Musick’.

Only twice does Space Zone become so rabid it risks losing its gamer audience. ‘Traps In Space’ drops queasy horror synths into the soundtrack from GoldenEye 64 (they don’t mix), and the non-stop expletives on ‘High Den A Mother Fucka’ quickly get tiring. Otherwise Davis stays on the ball, even branching out into pop beats outside of his signature sound. ‘Believe In Me’ ditches computerised antics in favour of piano-led R&B, its beat racing as it grapples with romance. There’s some zaps in the background but otherwise it’s a nice stand-in for the recommended break that all those instructions/loading screens begged us to take from playing.

Whichever approach he takes, Young Smoke is determined to make his debut more memorable than a simple video game OST. Space Zone has enough breaks, beeps and drops to get most electronica fans moving, and to anyone whose formative years were spent hammering buttons this record’s going to be more fun than Wreck It Ralph. It’s hard not to love the darting, demented adventures that make up so much of Space Zone, and if this is what today’s kids can make of consoles older than they are, imagine what the teenagers in 2030 are going to do with Guitar Hero.