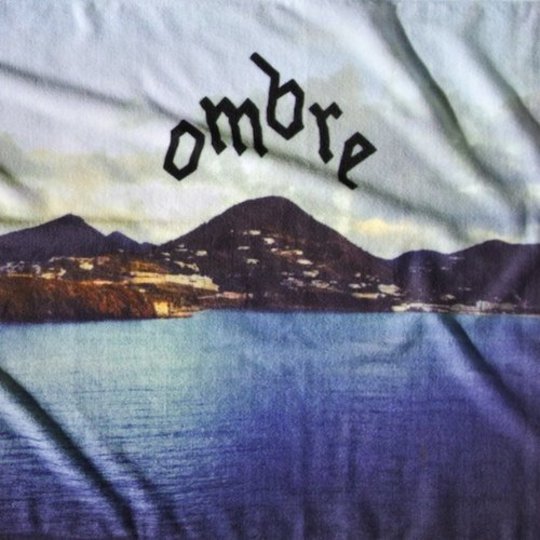 For an a cappella artist, Julianna Barwick is remarkably versatile – last year’s long-player The Magic Place saw her elegantly transcend the apparent limitations of the genre. Now, the latest permutation of her restless creativity sees her teaming with Asthmatic Kitty label mate Roberto Carlos Lange (a.k.a. Helado Negro) to form the chimerical Ombre, a project that turns the benign enchantment of The Magic Place into a distinctly darker form of sorcery.

‘Noche Brilla’ makes for a suitably crepuscular introduction – Barwick’s layered harmonies haunt the air while hazy guitar and trumpet lead us into the witching hour. The scene duly set, the first apparition comes with ‘Weight Those Words’, in many ways the most fully realised song on the record. David Lynch may have become a well-worn reference point for the more disturbing end of the artistic spectrum, but the essence of his oeuvre pervades the track, with its slinky, cyclical rhythm and the distinct sense of apprehension issuing forth through the cracks.

By the time we reach ‘Vistate’, it’s clear we’re in the thick of some enchanted evening indeed. It’s here that Believe You Me really gets down to business, with Lange’s vocals sloshing around in a bewildering soup of throbs and ripples, before Barwick enters the fray, belying her hitherto angelic persona. The turbulent ‘Dawning’ brings her to the fore, casting some grisly curse with her woozy moans, while ‘Cara Falsa’ makes for a grim processional, all solemn incantations and martial percussion. Even ‘Sense’, the track most akin to Barwick’s solo work, is full of threat and torment. If the brushed drums and clearer air of ‘Tormentas’ provide a moment of relative calm, it’s very much the eye of the storm.

After such a torturous night, ‘The Nod’ sees the sun finally begin to rise. Barwick’s chanting builds to a crescendo, and then, sure enough, the curse is lifted – birds cheep and it’s a new day. The two short tracks that close the album duly carry the air of the morning after the night before, a fuzzy-headed attempt to make sense of things shot against an incongruous backdrop of cheery children and jaunty guitar.

With its ten tracks clocking in at 36 minutes, Believe You Me wears its potency lightly. If it feels like a side project, then that’s no bad thing – no idea is spread too thinly, nothing outstays its welcome. It’s immensely listenable throughout, but at its best – with ‘Vistate’ and ‘Cara Falsa’ – it’s truly spellbinding.