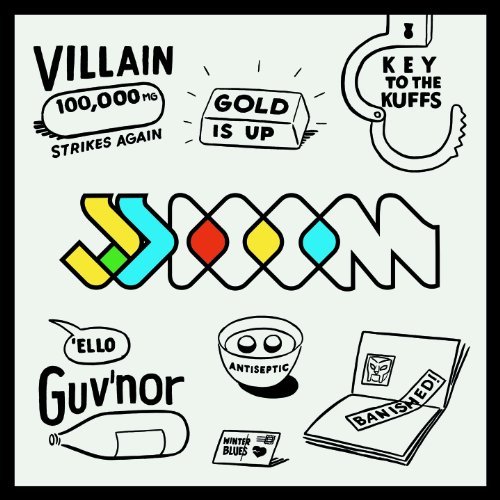 JJ DOOM - Key to the Kuffs

Key to the Kuffs disappoints by shying away from greatness where we’ve come to expect nothing less.»

lex records presents 'key to the kuffs', the debut collaborative album from mf doom and jneiro jarel (aka dr who dat? / shape of broad minds) under the moniker jj doom. on paper, a full collaborative album from nyc's notorious rap villain doom and space age production from jneiro jarel can't fail. in practice it's even better. doom is in the form of his life here. jj produced all the tracks, doom provided the bulk of the vocals and compiled the cut and paste skits. doom recorded the album while 'banished' from the states and living in london. he references british culture throughout the album, name dropping british institutions, and possibly being the first emcee to reference my big fat gypsy wedding. jneiro recording the beats in the dirty south, got into a uk state mind, and turned in heavy hip hop production that leans towards grime, dubstep and british techno. the album will appeal to fans of classic doom material. jj's tough, far out hip hop production will appeal to fans of j dilla, flying lotus and el-p. 'key to the kuffs' features guest appearances from beth gibbons (portishead), damon albarn (gorillaz) and khujo (goodie mob). tracks from the album have already been remixed by thom yorke / jonny greenwood and dave sitek. album artwork is by graffiti artist steve powers aka espo.
description from www.roughtrade.com