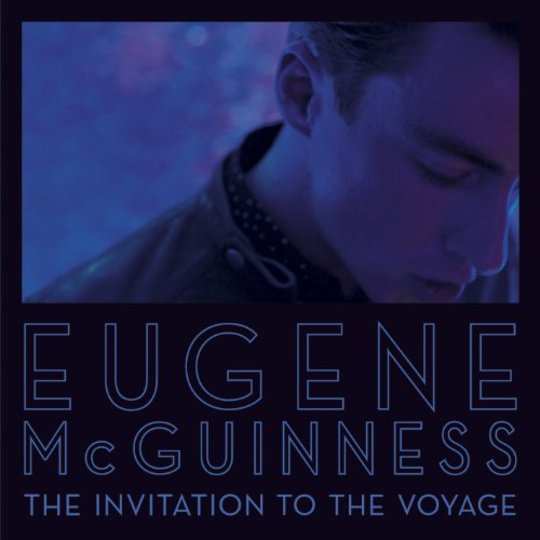 Ok. Hi… uuuuurm… Good Morning. How are you? Good. Right. Let’s start the seminar with the Eugene McGuiness song ‘Shotgun’. If you’ve heard this blaring from mid-morning 6Music and been infected by the brilliant “Every time I dance…” pre-chorus in a way that makes you feel that you’ve been hearing it on classics stations since you were knee-high to an experiment-bound rabbit, ripe for mascara or miximatosical infection, then you will react in one of two ways to this album:

Reaction 1: You will love this album for the sound of this album, which is just as well seeing as all-but-three of these tracks sound almost precisely the same.

Reaction 2: You will continue to love ‘Shotgun’, though this love will tail off after a time as it will have been spoiled by it’s proximity to it’s bed-fellows. You will then try to dig deeper into the record only to realise that you cannot as all-but-three of these tracks sound almost precisely the same.

So, who do you think would enjoy this album the most? Well, it’s obviously scientists. Scientists love a formula. It fills their bookish little hearts with such glee to work out the theory of how something works so that they can scribble the corresponding equation on a blackboard in a frantic hurry before they scamper off, rubbing their formidable foreheads in exasperation, muttering 'Of course! Of course! It was right there all the time!' with the single-minded intention of proving it again and again and again. But in front of a preferably skeptical and academically decorated audience. Scientists recognize Invitation To The Voyage as a categorical triumph in how perversely loyal one can be to a formula. Re-writing the same song (‘Shotgun’) with the same chord changes, same vocal jumps, same rhythms, same synths, same surf guitar, same open and obvious references to other people’s songs, same everything again and again and again. The fact that this is achieved less successfully each time does not affect their affections, such is the reverence they reserve for the formula. The formula is what satisfies the real thinkers and the scientists feel fulfillment withintheir ears and within their bookish little hearts.

Bearing this in mind, there can’t be (and isn’t) any real need to discuss the ‘Shotgun’ marks 1, 2, 3, etc, and so onto these: ‘Concrete Moon’ has tablas and strings. It has enormous sub-bass. It has an oddly jaunty melody for a slower, sweeping song – somehow it’s like some electronic version of a Victorian street song that builds to a bit of a triumphant crescendo. A bit of one.

‘Thunderbolt’ is a song that the scientists have boycotted en masse due to its scientifically dubious “strike me like a thunderbolt” lyric. Formulaically, though, this is as uniform as the others until about four minutes in when a colossal orchestral horn section pleasingly throws the track of its axis. Some scientists return to investigate how the horns have managed this.

Much like the recent bid to sorcer-up the Higgs boson using a Hadron Collider and a theory that’s been around for 45 years, ‘Lion’ manages to make flesh the, urm… eight year old and feverishly popular dream of cross-breeding Heaven 17 with the Eighties Matchbox B-Line Disaster using only a Pro Tools rig and sheer bloody mindedness. With partial success, but to a lesser degree than the Higgs boson quest, which still has scientists the world over jumping up and down, dropping pens from their lab coat breast pockets and knocking their spectacles all wonky.

But wonky spectacles and sticking to formulas do not a great album make. The rest of Invitation To The Voyage sounds basically the same. Maybe an extra measure of Kasabian in one, 10 ml more Pet Shop Boys in another, but the ingredients and apparatus that give this album any quality in the first place are the same ingredients that restrict it – such is their creator’s passion for them and them alone. But, you know, it should get ten out of ten in the New Scientist album reviews section. That they definitely have. Specifically for this eventuality.