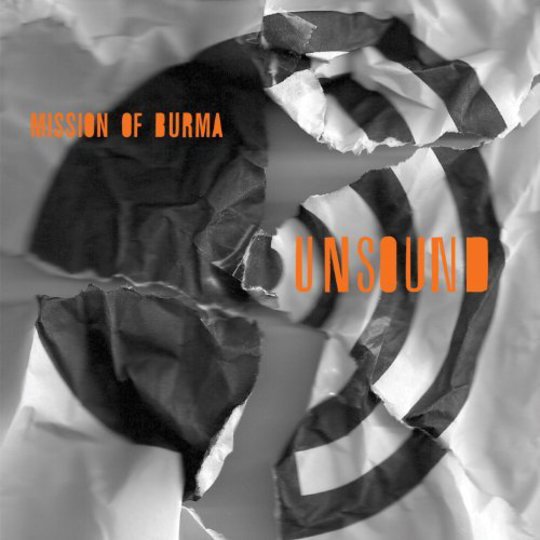 Of all of the post-punk and alt. rock bands to reunite in the last ten years, Mission of Burma should be looked upon as a shining example. Now ten years into their reunion, which now dwarfs their original four-year run, the band are still in great shape as live performers, and they are one of the few acts to deliver new music instead of just playing the nostalgia card.

So what do they have left to offer us, more than 30 years after forming, and now with their fourth album in eight years? It’s a bone-rattling delight that Mission of Burma are still as brash, as cacophonic as ever. Unsound fits comfortably and consistently in with the rest of their catalogue from the last 30 years. There isn’t anything radically new, but it is as solid as any album they’ve put out.

It must be admitted that for a band whose music was so innovative in the Eighties, MoB haven't done much to innovate further. Roger Miller’s guitar still alternates between crunching glass and distorted scales. They still manage to wrench strangely beautiful vocal harmonies from otherwise abrasive arrangements. And Bob Weston, after ten years with the group, employs the same tried and true production tricks, that wonderfully subtle looping you have to search for on their studio albums. So baby bands take note: If you insist on making it sound like you’ve recorded on a shitty four track instead of digitally, see if you can’t ape a few tape loops as well.

But lest this give the impression that Unsound is a rehash, it isn’t. Mission of Burma have successfully walked that fine line between being consistent and running out of ideas. They’ve made much of a new approach to writing on Unsound, but the results prove that once a style is entrenched in the artist, even new methods lead them to the same conclusion. Fortunately, with that style comes quality.