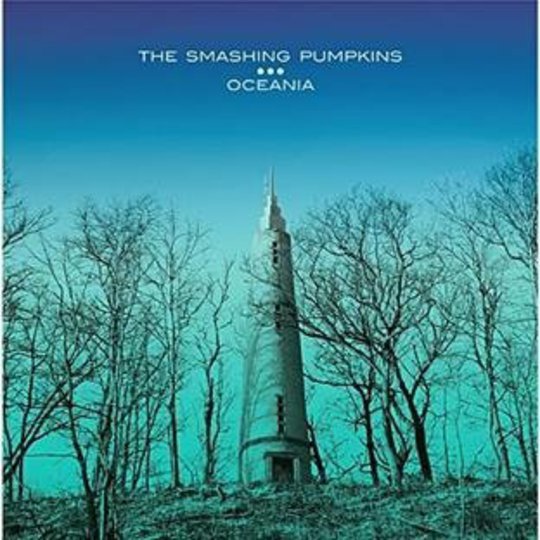 There were many, many things amiss with The Smashing Pumpkins’ 2007 ‘comeback’ album Zeitgeist - notably the music. But the thing that bugged me the most was the manner in which Billy Corgan seemed to totally renege on the intimation – famously published at length in full page ads in two Chicago newspapers in 2005 – that he’d reconstituted the Pumpkins for romantic reasons, or as he put it, ‘I want my band back, and my songs, and my dreams.’

Zeitgeist seemed like a l'esprit d'escalier of a record, a lumbering simplification of the band’s ‘classic’ sound that felt expressly designed to compete with the idiotic nu metal bands that had outsold the Pumpkins’ dense, difficult MACHINA/The Machines of God back in 2000. Unfortunately this was 2007, and all Corgan really succeeded in doing with (further) annoying a lot of Smashing Pumpkins fans.

Obviously I have absolutely no documentary evidence to back this theory up, but even accepting the passage of time and loss of founder members James Iha and D’arcy Wretzky, the headlong dive in artistry between MACHINA (itself hardly the Pumpkins’ finest hour) and Zeitgeist feels difficult to reconcile in any other way (the fact the band was regularly breaking out mega-obtuse old songs like ‘Glass and the Ghost Children’ on the Zeitgeist tour suggests Corgan was at the very least missing his difficult side).

Anyway, now we come to Oceania, which is notionally meant to be an extract from a larger, uncompleted project called Teargarden by Kaleidyscope, a concept which is so ridiculous that it’s probably safest to ignore completely. Certainly the Pumpkins’ eighth album is a perfectly coherent piece of work in its own right; and while it’s not a patch on their Nineties work I’d probably call it a return to form of sorts, insofar as it doesn’t make me want to claw my own face off.

Bar a couple of blustery, inessential psyche-rockers at the start, there is nothing forced about Oceania, a record on which Corgan reconnects with the sense of effortless melody that he’s shied away from in recent years. Indeed, bar Adore it’s the softest record in the Pumpkins canon, not based on rancour and guitars but lovelorn lyrics and pristine synth arpeggios. The record’s literal and figurative heart lies in the run of three tracks ‘One Diamond, One Heart’, ‘Pinwheels’ and ‘Oceania’ where glistening, Corgan-played keyboards blossom and sparkle with spring-like freshness, almost as if recruiting a band made of people a decade younger than him had actually been a plan for renewal all along. There is a certain naffness to the lyrics (“I’m not here to hold your hand, I’m just here to understand”) but by-and-large that tends to aid the record’s sense of naïve charm. Certainly this is astoundingly winsome stuff from a man who is these days at least as famous for being a massive dick as he is a musician (though ironically the album's gentleness probably has a lot to do with Corgan sacking his old friend, drummer Jimmy Chamberlain).

Unlike Zeitgeist, Oceania feels like a fairly genuine indicator of where Corgan’s muse is really at right now, and probably marks the best record he was likely to have made with whoever else constitutes the Smashing Pumpkins these days. Therein lies the problem, though: for all the improvements since the last record, it’s still not that good. Despite Oceania’s merits, the thing I really can’t hear is any of the overweening ambition that powered the first incarnation of the Pumpkins. That band drove itself into commercial oblivion by releasing a string of increasingly mad, difficult albums that unflinchingly gave the boot to the bulk of their grunge-era fanbase. This is just a nice album of pretty songs: there’s nothing head scratching or offensive or self-indulgent here, and while some may find that reassuring, there’s no flashes of pure genius either, no ‘Stand Inside Your Love’ or ‘For Martha’ or ‘1979’ or ‘Disarm’.

That’s not to say there are no keepers – yearning, pastoral closer ‘Wildflower’ gets within spitting distance of greatness – but in general it’s a very even keel, a once brilliantly erratic friend now evened out on some medication or other. The songcraft is back, but the romance is still missing.