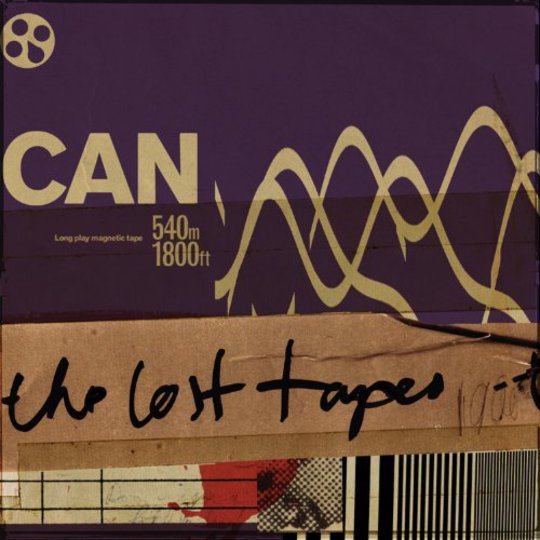 Towards the start of his book-cum-memoir It’s Only a Movie, the film critic Mark Kermode pre-emptively confesses that 'what you’re going to get... is a version of my life which has been written and directed by me, and on which I have acted as editor, cinematographer, consultant, composer and executive producer.' It’s a frank admission, albeit a fairly obvious one.

Still, it’s a succinct reminder at the start of this review that, in the eyes of both the individual and the collective, that which we hold dear tends to take on an alternative, sepia-tinged history in our memories. Just as Tom Hanks plays every role the same, John Peel listened to some utter dross, The Simpsons has had more bad episodes than great and no one every actually liked studying Shakespeare, one thing that The Lost Tapes reminds us is that for all their genius, Can weren’t quite perfect.

It seems almost impotent to discuss the Krautrock pioneers’ sphere of influence here; so far-reaching is it, touching just about anyone who has mattered in rock music for the past 30 years (as well as Kasabian, who pretend to be influenced by them), that any devotee of popular music cannot fail to have heard their name mentioned by dozens if not hundreds of artists. The stunning run of albums from Monster Movie to Soon Over Babaluma has elevated them to deity status amongst us critics despite the decline that saw in ill-advised attempt to crack the pop market (I can’t be the first to make this joke, but I definitely wanted less of ‘I Want More’).

Given that The Lost Tapes covers recordings from pretty much the same period as these albums were released in, I’m almost surprised by the number of tracks on here that tilt from experimental brilliance into self-indulgence: sounds that had never been heard before, but with good reason. ‘Evening All Day’ oversteps the boundary between discordance and painful tunelessness, and spoken-word track ‘True Story’ has a midi-organ kind of backing that makes it sound like a funeral march for my old NES. I’m all in favour of avant-garde experimentalism, but the three discs here run for well over three hours, of which perhaps a quarter will almost certainly heavily divide listeners.

All of this is in danger of making The Lost Tapes sound a bit like an essential addition to a Can-nerd’s collection and nothing more, which isn’t quite the case. It sounds reductive to say so, but Can were a band that was not just original but also sounded incredible: part of Tago Mago’s appeal was the way that it combined the psychedelic rock of the Sixties counter-culture movement with a furious free jazz spirit; Miles Davis’ soul mates on the other side of the genre-dividing wall. It’s quite stunning to hear tracks here, lost for years, that sound fresh and timeless, and yet are strong enough that they could fit on albums that were very much of the Studentenbewegung era.

It may be obvious to say so, but if a quarter of a 200-minute album is, er, questionable, then that still leaves a good two-and-a-half hours of quite stunning music, and perhaps the most striking thing about The Lost Tapes is how easily much of it would slot seamlessly into those records at the pinnacle of Can’s repertoire. ‘Waiting for the Streetcar’, for example, showcases Malcolm Mooney’s talent for raw and unhinged vocal that often gets overwhelmed in the public psyche by Damo Suzuki’s legend. It’s also one of many fragments of the recognisable Can that punctuate the album, from ‘A Swan Is Born’ and ‘On the Way to the Mother Sky’ – born of Ege Bamyasi’s ‘Sing Swan Song’ and Soundtracks’ ‘Mother Sky’ respectively – to the Motorik beat and uncomfortable guitar of the collection’s opener ‘Millionenspiel’.

These tracks may not do so as effectively as the vastly underrated Peel Sessions, but there’s still plenty of room afforded to showcasing the band’s individual talents; not least those of guitarist Michael Karoli, who shows on the likes of ‘Blind Mirror Surf’ that he could furious energy to stand next to his better-known psychedelic era luminaries Hendrix and Zappa. ‘E.F.S. 108’ on the other hand demonstrates their versatility as they try their hand with aplomb at a slow, bassy groove. There are also live versions of ‘Mushroom’ and one of their more accessible originals ‘Spoon’. The latter is perhaps more successful, and both appeared in slightly longer form on the recently re-released edition of Tago Mago (at just 16 minutes here, ‘Spoon’ is only about half as long, for those less inclined to patience), but to deconstruct their songs and rebuild them into something equally fascinating yet completely different, in what is essentially just a jam, is surely evidence enough that this was a quite remarkable band.

The Lost Tapes isn’t an easy album to listen to, but then that was never the case with Can. Nonetheless, as the years pass and more bands form, by default their influence grows, which makes this a fascinating addition to any collection.