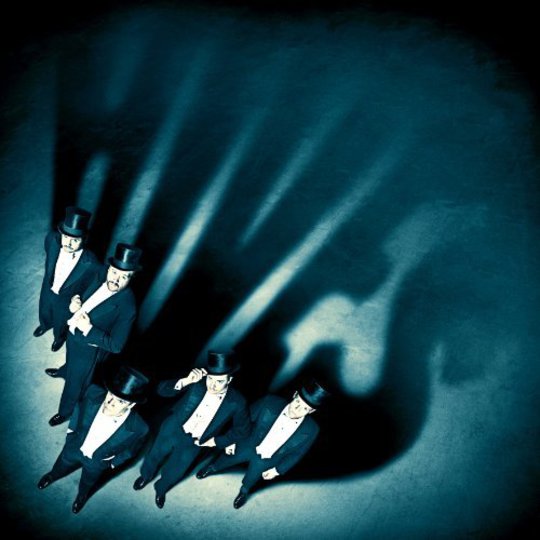 One of the first things to note – and one of the kindest things to say – about the first studio output from The Hives since 2007's misguided Black and White Album is that it's at the very least a guitar album. In a recent interview with Drowned In Sound, the band boldly referred to themselves as being 'one of an extremely small number of bands playing rock and roll', but this assessment doesn't really sit in line with their last record: a sprawling, neutered and often flatly embarrassing affair; a far cry from their early-career intensity. To be fair, the same interview acknowledges this, the band claiming that the Black And White Album was an attempt to be as little like the Hives as possible (pretty high marks on that front, I suppose), while Lex Hives was an attempt to be as much like the Hives as possible.

And indeed, a lot of this record plays like a sincere attempt to go back to the band's garage-band roots, and even offers up some songs which could reasonably be described as something of a return to form. The best moments are those which are most recognisably Hives-esque: choppy guitar chords, mad-fast tempos and Pelle's instant refrains barely contained into a two minute blast of – as the band say – rock and roll. Tracks like '1000 Answers' zip and rattle as effectively as The Hives ever have, while the opening section of 'Patrolling Days' is the closest to sounding like the band perpetually on the brink of coming apart at the seams of almost (gasp!) 15 years ago. That is, before they started blunting their edge on a major label - peeling back the buzz-saw guitars, dialling back the breakneck tempos, and foolishly revealing the unsubstantiated cores of their by-the-numbers output.

Even the worst tracks on here (and the raft of middling ones) gain some strength from the fact that they at least sound like the product of a rock band, as opposed to some of the dance-hybrid misfires produced by the likes of Pharell Williams on the last LP. While it's theoretically admirable to see a band push themselves out of comfort zones, those digressions played to The Hives' weaknesses rather than their strengths. By contrast, to hear the stomp of a song like 'I Want More', even though it's nothing we haven’t heard before from The Hives (let alone rock music at large), it still offers more spunk than the quasi-experimental ramblings which have poisoned each output since the turn of the millennium, none more so than The Black And White Album.

The Hives began their existence as a rock band – an invigoratingly blazing rock band at that, who successfully transcended their weaknesses for simplicity, repetition and regression through sheer intensity. Recent albums have seen the band lose this reputation somewhat, as they pander to more mainstream audiences who value a slinky groove over a ruined snare drum; their last record even calling into question their very status as a rock band. Ultimately, Lex Hives sadly conforms to the patchy-at-best trajectory of the band's major label releases, but at least does so while taking a decisive step back in the direction of being the ferocious rock band which The Hives unvaryingly claim to still be, and indeed unquestionably once were.