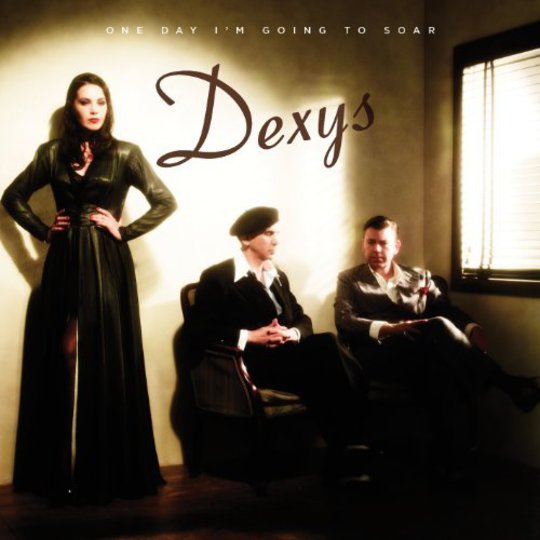 In an age where the comeback is now king it's as though we have established rules where these situations can either work brilliantly, re-conjuring old magic; or fall very, very flat.

Obviously, demand is the first of these determiners, the second is whether the ideas - musical and ideological - are still appropriate. Or, more tenuously still, whether they can be effectively twisted to seem appropriate and translate to a different time where the artist is at least fifteen years older and supposedly wiser. You still want aggression and vitality, but Damon's bouncing or Johnny's Pistols-era snarl although crucial in their own time, just can't cut it in the same way now that they are middle aged men.

That's not to say reunions don't work, they definitely can. That's why there's so many of them. (Well, that and the dollar signs but let's leave that out of it for now). They just need to be rebuilt tastefully in a new context that allows the audience to follow without cringing. Y'know, convincingly sell their version of the rock’n’roll dream that they were able to sell the first time round. It's an odd paradox really. A truly great band define, or at least grow to define, their era. But making that work in another era kinda contradicts that. The term 'timeless' is bandied about but that is really reserved for records. It's right there in the name of the physical product. It's a record of a time that conveys that time and although it may sound great forever do you really want to (a) see it paraded on stages by older, greyer, less vital versions of the original band or (b) listen to an album of their thoughts and ideas thirty years on?

Dexys Midnight Runners seem like ideal candidates to make it work. There were moments of staggering brilliance in their '78-'85 glory days, so don’t get me wrong here (as this is no bad thing), but given that they were essentially dealing in revivalism in the first place, they are in the fortunate position of having a bit of a head start. If anyone can, they can carbon copy their back catalogue and still pull it off. In fact, in all likelihood that would be their most likely route to success. Well, we will see…

Lyrically Kevin Rowland absolutely picks his personality to pieces here; he really kicks the shit out of the shreds on the floor afterwards too. He is intimately and disarmingly thorough in his discussion of his fundamental inability to love, the fractured idealism of childhood from the perspective of the broken adult, the discovery that his youthful obsession with clothes and music and that which lead to him building the several characters of Kevin Rowland was hollow in the end. It's heartbreaking.

This is what totally saves this album (after a few listens). Get past the story-teller schtick and numerous) horrible spoken word passages and it's actually very affecting. You get the brain turmoil. The lyrics are so sheer that they teeter on the hopeless, and Rowland is openly vulnerable and repentant.

Musically, it's not as clean cut. The sensitive sections are fine but tritely Musak at times. The power-soul sections feel a bit, sorry but, Jools Holland-y. There's nothing concrete that you can pinpoint that makes it feel false or weak per se. It's well played, all the sections sound soul-y but it’s called 'soul' music cos that's where it should come from. Musically the conviction just isn't there enough. The songwriting is not at fault - clearly Rowland can still wrap his mind round writing a melody, what he has more trouble with is wrapping his lips round it. You want that urgent, primal soul yell that made Dexys so compelling and brilliant and exciting. And they just haven’t got it here. It's like watching a car crash into and dismember Acker Bilk.

They looked a pretty good bet for a minute there. One Day I'm Going to Soar you say? I agree. It was in July 1980 was but nice try.