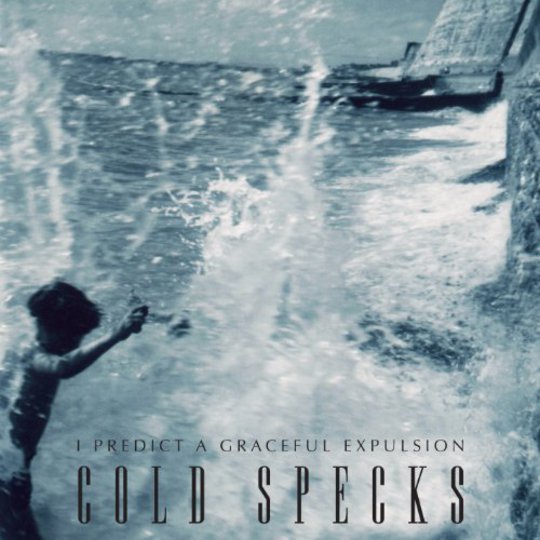 If you've already heard Al Spx describe her music under the moniker Cold Specks as 'doom soul', disregard whatever weird sounding preconception you have of this record. While that unfortunate compound-genre label makes Cold Specks sound like some sort of here today, gone tomorrow fad pedaller, I Predict A Graceful Expulsion is actually a traditional and tender gospel outing; a gorgeously human (although unapologetically spiritual) collection of songs, executed with total earnestness - not one jot of blog-baiting hipster irony present.

It's not too often that alternative music throws up choruses like “I am, I am, I am a god-damn believer” with po faced sincerity, and it's even less often that such present-age spiritualism then goes on to stick the landing. But being recorded with an undersold, organic quality, these incredibly rendered and frequently beautiful songs breathe comfortably while engaging with the traditions they stem from – a sense of natural performance and responsive musicianship showcasing the heart and soul of Spx's music to stunning effect.

When I first saw the title for this album, I internally misread it as I Predict A Graceful Explosion rather than ...Expulsion. Although the similarity between the two words is probably coincidental, the easily mistaken reading provides a reflection of the album's nature: something which seems at first glance to be going for bombast and drama (explosion), but in actuality feeds off understatement and anticlimactic restraint (expulsion). Indeed, Cold Specks offers a very similar sort of fraught build-and-release – with the far stronger emphasis on build, rather than release – as artists like The National and their offshoots. But while The National are becoming more and more willing to deliver on the tension they create, unleashing themselves in juggernauts like 'Terrible Love' or 'Fake Empire', Cold Specks deftly keep these pay-offs at arm's length, to brilliant effect. Tracks like 'Steady' really push the 'build' half of the equation as close to the brink of 'release' as it feels possible to go – with its threatening stabs of staccato rhythm and wrought strings ramping up in intensity across its back half – but never actually erupts into the stadium sized bombast it promises.

Not that this constant undercutting of its own tension is a bad thing. On the contrary - it's one of Cold Specks' greatest strengths. The album's beautiful paradox of being able to sound powerful as well as delicate turns our attention away from the explosion/expulsion confusion and towards the more important word in the title: graceful. There's no better adjective for this spellbinding debut. As swathes of gospel singers, rich horns and overwrought strings frequently swoop in to elevate these songs' tight refrains, they always do so with grace rather than pomp – never overshadowing the glistening centres of these songs which are the the warmly finger-picked guitar patterns and Spx's enchanting vocal (a truly gorgeous instrument, tinged with youth and soul in equal measure).

Without question, songs like 'Holland' and 'Winter Solace' were robust vehicles to begin with, and Spx's goosepimpiling delivery alone would have been more than enough to distinguish them from the chaff of the fading nu-folk movement. That being the case, it's even more of a treat and a wonder that the translation from performance to recording has been so deftly executed – adding power and beauty to these songs with the luscious arrangements, but not pulling focus from Spx's deserved centrality nor diluting the soul of the songs either. Effortlessly straddling the human and the mystical in a similar way to Anais Mitchell earlier this year, Cold Specks has created an arrestingly beautiful collection which gains as much strength from its understatement and humility as it does its high-aiming grandeur. It's not just that clichéd 'promising debut', but the real thing already realised. Boasting the talents and a depth of spirit of an artist twice her age, I Predict A Graceful Expulsion is a majestic powerhouse of a career starter.