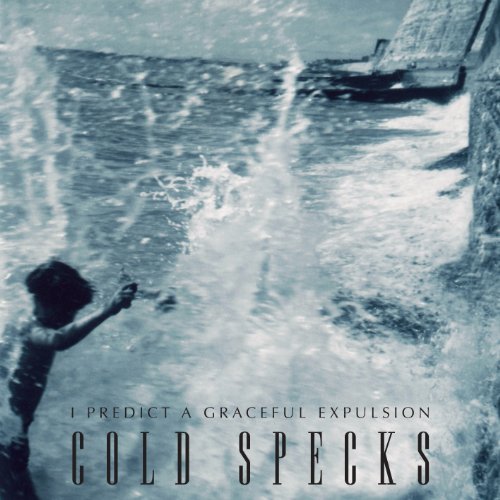 I Predict A Graceful Expulsion is a majestic powerhouse of a career starter.»

cold specks is songwriter and vocalist al spx from etobicoke, canada, who now lives in london.
the band's name is taken from a line in james joyce's 'ulysses': "born all in the dark wormy earth, cold specks of fire, evil, lights shining in the darkness". describing her sound as 'doom soul', cold specks' music is steeped in the musical traditions of the deep south. no wonder then that al cites the lomax field recordings and james carr as influences along with bill callahan and tom waits. with a voice that evokes the 'spirit feel' of mahalia jackson and the visceral tones of sister rosetta tharpe, cold specks' sparse arrangements and chain gang rhythms stop you dead in your tracks. "my little brother, who was spending his summers with our mother in toronto, had always told me of this girl he was friends with that had this amazing voice," recalls cold specks' manager, jim anderson. "as a producer i%'d heard that so often that i didn't take too much notice. then i came in one night to find him and a few friends drinking in the flat and playing a cd of her demos. i was completely transfixed and just kept pressing repeat. i knew i had to work with her. i eventually persuaded her to come over. at that point she had never played with another musician and was completely self-taught with her own unique tuning and timings, which we had to decipher." "jim convinced me to fly out and work on the record for a few months," explains al spx. "that was a year and a half ago. i guess i'm permanently based here now. i didn't know anyone when i moved here. we needed musicians and jim knew a bunch. rob ellis (pj harvey's regular collaborator) has been helping out with some arrangements and percussion and jim's old friends pete roberts (guitar), thomas greene (piano) and tom havelock (cello) also play on the record."
description from www.roughtrade.com