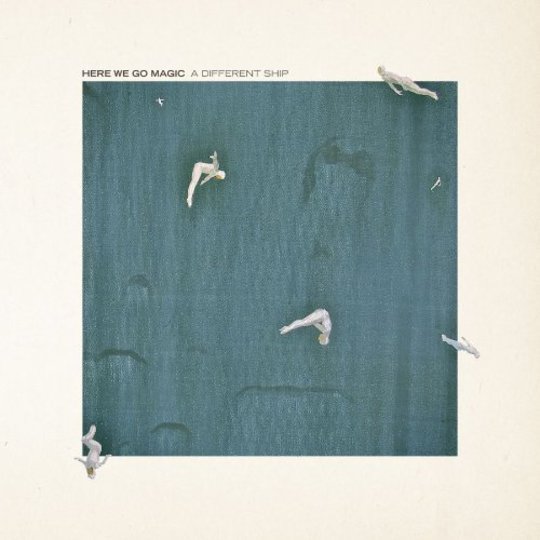 Here We Go Magic's latest effort – a collection of sentimentally ambiguous cyclical grooves – somewhat wrong-foots its listener with its 60-second 'Intro.' Listening to the brief clip of kitchenware banging tribal faffery; all pots and pans and ceremonious yelping, you start to worry that the New York sextet may have lost all grounding in the writing and recording of their third album. They haven't.

Faith is immediately restored in the Nigel Godrich-produced A Different Ship almost immediately: 'Hard To Be Close,' something of a luau for a rainy day, pitches inner-city grooves against a Polynesian lull, and the refreshing atmosphere that this creates is immediately engrossing. It's a tone that returns on moody daydream 'Over the Ocean,' and after the dense climax of the title track, we're allowed to drift off once more with the submerged, nautical three-minute drone that closes out the record. This juxtaposition of contrasting moods permeates a large part of the record – Here We Go Magic interlock conflicting styles with flair and sophistication.

Fitting, then, that songs like 'Make Up Your Mind' and 'Alone But Moving' should so prominently feature their title in a lyrical context. A Different Ship feels as if it's built, both musically and lyrically, on a friction that arises from insecurity and contradiction, and it's on this that the record thrives. The fragmented lyrics on 'Make Up Your Mind' drive these tensions home: "give me a minute / need to look it over … what if it's bad?" – all before a refrain of the title phrase over skittish guitar rhythms. (I feel obliged to mention the the Eighties Spandau Ballet wet-towel-to-the-face synth that features prominently in the chorus. Personally it evokes either a wince or a grin depending on the weather, but I'm sure you can make up your own minds). Understandably then, 'I Believe in Action' strikes as somewhat disingenuous, but with "I believe in action / 'cause nobody wants to be left alone" comprising the majority of the lyrical content, it's intentions and implications aren't entirely clear regardless.

Even after repeated listens, lead single 'How Do I Know' remains the black sheep of the collection – the jangly, indie-pop rhythm guitar seems a million miles out of place. Eventually, this guitar is submerged by a myriad of other looped motives; the sounds of hand-claps, of those psychedelic synths, of endearing whoo-whoos, but it feels alien nevertheless. It is, by far and away, the funkiest and most simply fun tune of the bunch. Still, despite the new assuredness of the music, the lyrical themes remain steadfast: "how do I know / if I love you? … how do I know / if I know you?"

The songs on A Different Ship are like Russian dolls – continually shedding one layer of their groove to reveal a different version of the same thing. And while it's a record that often leans heavily on its intricate polyrhythms, it is still, for all intents and purposes, a pop record (note the band's upcoming support slots with avant-garde maestros Coldplay). At times full of nervous vigour, at others letting itself fall blindly backwards into honeyed daydream, A Different Ship has a life and character all of its own.